Coming to America through The Angel Island Immigration Station

In recognition of my grandmother’s 90th birthday, I am sharing this article I wrote about her experience of being detained at the Angel Island Immigration Station, which appeared online in the September 19, 2000 edition of A. Media, Inc. “What is was really like.” “My name is Lee Bak Huen. In 1937, I was 15 years old when Japan bombed China and many of the people in my grandmother’s village were killed. At the time, my father, brother and two sisters lived in Locke, Ca, and my father sold clothes to farmers to support us. Fearing for my life, he sent my passport and a booklet that detailed everything about my family and my home for me to study. He managed to scrape together $300 Hong Kong dollars, enough for third class passage on the SS President Hoover. My journey from Hong Kong to San Francisco took 18 days. I slept on a hammock and was seasick the entire time.

I expected to get off the ship in San Francisco, but was taken to Angel Island instead, and detained. My father hired a lawyer to facilitate the processing. The Chinese interpreter who interrogated me was so rude that she confused me with many questions. I was asked how many stones it took to build my house in China, how many sisters I...

On Saturday, August 6, 2011, it was party central in the Grand Hyatt Hotel Ballroom in New York, where actress and activist Tamlyn Tomita and playwright David Henry Hwang co-emceed the 2011 National OCA Convention Awards Gala. OCA, a national organization dedicated to advancing the social, political, and economic well-being of Asian Pacific Americans (APAs), held their 2011 National Convention, Advocacy Through Compassion – A New York State of Mind, from August 4-7, 2011 at the Grand Hyatt Hotel. 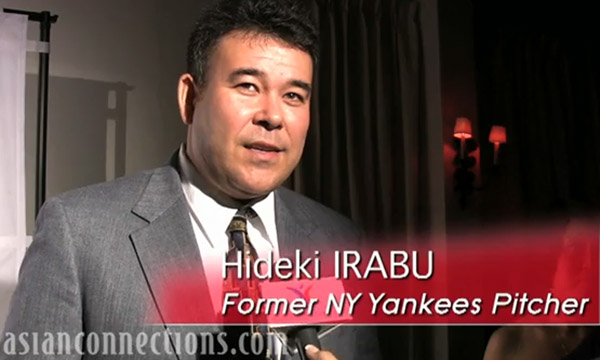 Are you wondering if you can improve your life? Be happier? Attain more business success and money? Have more fulfilling relationships? Have more energy and vitality? Look better? “Living the Life of Your Dreams – The Secrets to Turning Your Dreams into Reality” by Marilyn Tam in just 39 pages gives you the tools, action steps and secrets on to how to achieve your dream life.

Available as an ebook or softbound copy:
http://jump.launchmoxie.com/aff_c?offer_id=32&aff_id=103
This short little book is packed with wisdom, tips and stories to help you understand your life purpose and the steps to getting you what you really value in life.

Marilyn also will give you free gifts for visiting her webpage.  These are full of inspiring and useful secrets of healthy, happy and successful living. Just click on the link above.
“If you want to live the life you've dreamed of, read ‘Living the Life of Your Dreams’. Marilyn had to go through many tough challenges to achieve her dream life - she can help you attain yours.”
~ Jack Canfield, NY Times best selling author, “Chicken Soup for the Soul” and “The Success Principles.”
“At last. The book you've been waiting for. Can you make a living - and a difference in this world - and still have a life? In this slim and powerful volume, Marilyn Tam, former President of Reebok and CEO of Aveda, tells how she traded burnout for a life of Dynamic Balance. By following the simple and brilliant guidelines...

Lia Chang in the Asian Reading Room of the Library of Congress where her "In Rehearsal" display of photographs drawn from the Lia Chang Theater Portfolio are on view through August 23, 2011. Photo by Reme Grefalda

The cast of Robert Lee and Leon Ko’s Heading East at the Lila Acheson Wallace Auditorium at Asia Society in New York. Credit: Photo from The Lia Chang Theater Portfolio at the Library of Congress/AAPI Collection

BD Wong in rehearsal for a staged concert of Heading East, a Richard Rodgers Development Award-winning musical by Robert Lee and Leon Ko on May 22, 2010, at the Lila Acheson Wallace Auditorium at Asia Society in New York. Credit: Photo from The Lia Chang Theater Portfolio at the Library of Congress/AAPI Collection

AC Team has interviewed Angelina and Brad for assignments for its other outlets over the years and has found them to be among the most courteous and intelligent actors in Hollywood.

The upcoming article in People feature images of their oldest son Maddox, now ten, and his siblings. Here is an advance copy of the cover and excerpts of the article, courtesy of People:

They've munched on crickets in Cambodia and surfed the waves in Cancun, but for the six children of Brad Pitt and Angelina Jolie, life in the boisterous family is as much about everyday bonding as it is the big adventure.

"The children are always playing, jumping on each other and sharing fun moments," a source tells PEOPLE in this week's cover story. "They share a special bond."

Leading the pack: oldest son Maddox, 10, who "is almost like a teenager now, the way he understands things," says another source. "He's grown up very quickly."

But his younger siblings are rapidly growing up, too. Six-year-old Zahara and her 5-year-old sister Shiloh are especially close, while 7-year-old Pax "has become more independent in the past year," says an insider. And with twins Knox and Vivienne now 3 – they help pack their own suitcases! – the family is settling into a lower-key, if still decidedly adventurous, rhythm.

"Now that all the children are older, things have calmed down a bit in the household,"...