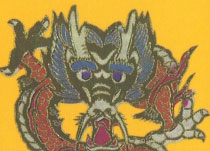 I caught up with musicologist Joanna C. Lee and veteran music journalist Ken Smith at the Longacre Theatre in New York, after the post-show talkback following the 100th performance of Chinglish, by Tony Award-winning and two-time Pulitzer Prize finalist playwright David Henry Hwang, which was recently named by TIME Magazine, Bloomberg Radio, NY1 and WNYC as one of the Top 10 Broadway shows of the year.

Smith and Lee were tapped as cultural advisors by the playwright when Chinglish, his play about an American businessman looking to land a deal in provincial China, had its world premiere at the Goodman Theatre in Chicago. Smith writes about their participation as resident Chinglish cultural advisors here.

The husband and wife team are co-authors of the Pocket Chinese Almanac and co-directors of Museworks Ltd., a Hong Kong-based cultural consulting company offering...

Earlier today the lawsuit against IMDb.com and its parent company was amended to identify the plaintiff by her name, Huang Hoang. Screen Actors Guild applauds the determination and courage of the plaintiff in standing up to fight the unfair and abusive practice of publishing actors’ private information online without their consent.

“Ms. Hoang has shown great courage in stepping forward and pursuing her claims despite efforts to deter her by demanding she be publicly identified. Thousands of actors have had their careers harmed by the unauthorized publication of their birthdates by IMDb against their wishes. Screen Actors Guild and its members stand in support of efforts to curtail this invasion of privacy done to enhance a corporate balance sheet.

The full news release from SAG.

Mu Performing Arts’ Little Shop of Horrors on 2 ‘Best of‘ Lists; Women in Arts Panel on 1/29, in Conjunction with Mu Daiko’s 15th Anniversary Concert and Tour

Congratulations to Mu Performing Arts, currently celebrating its 20th Anniversary mainstage season, which continues its string of ‘Best of’ top end of year picks with last year’s musical offering, Little Shop of Horrors. In the last three seasons, seven out of nine productions have been listed on end of year lists.

Sara Ochs as Audrey and Randy Reyes as Seymour in the Mu Performing Arts production of Little Shop of Horrors. Photo by Michal Daniel

Graydon Royce of The Minneapolis Star Tribune, writes, “Little Shop of Horrors,” Mu Performing Arts “Heart, charm and humor wrapped up in a dopey musical about a human-eating plant.This show demonstrated how far Mu has come. Jennifer Weir directed and actors Randy Reyes, Sara Ochs and Kurt Kwan led the cast.” http://www.startribune.com/entertainment/stageandarts/136113038.html Dominic P. Papatola of the St. Paul Pioneer Press writes, “Theater 2011: ‘Best’ missed the test. Here are 10 productions that made a difference” “As I wrote in my March review, “If you’re in the mood to call out differences, you could note that Mu Performing Arts’ production of ‘Little Shop of Horrors’ features an Asian-American cast and that the role of homicidal houseplant Audrey II — usually voiced by a deep-voiced male — is played by a sultry femme fatale. But if you’re simply in the mood to enjoy a top-notch production of Howard Ashman’s comedy-horror musical, then nothing in the above...

The co-emcees for the evening are Juju Chang, Emmy Award-winning correspondent for ABC News Nightline, and Sree Sreenivasan, Dean of Student Affairs and digital media professor at Columbia Journalism School.

Over 600 leaders of the civil rights, legal, business, and arts communities are expected to attend AALDEF’s 2012 Lunar New Year Gala celebrating the Year of the...

The Asia Society held its 2011 Asia Society Awards Dinner in the Grand Ballroom of the Waldorf Astoria Hotel in New York on Wednesday, January 11, 2012.

Comedian and actor, Dan Nainan emceed the festivities, which included a special performance by members of the Silk Road Ensemble.

Mayor Michael Bloomberg and Ray Kelly, Commissioner of the New York City Police Department, were among the 400 who came out to honor and to celebrate the 90th birthday of former Deputy Secretary of State John C. Whitehead, who was presented with an Asia Society Award.

Daw Aung San Suu Kyi, the leading pro-democracy opposition leader in Myanmar, received the 2011 Asia Society Global Vision Award, and a videotape of her acceptance speech was played during the dinner.