Update - Judith has signed with Sony! A ‘Voice’ in the Shadows: Judith Hill by Ben Fong-Torres 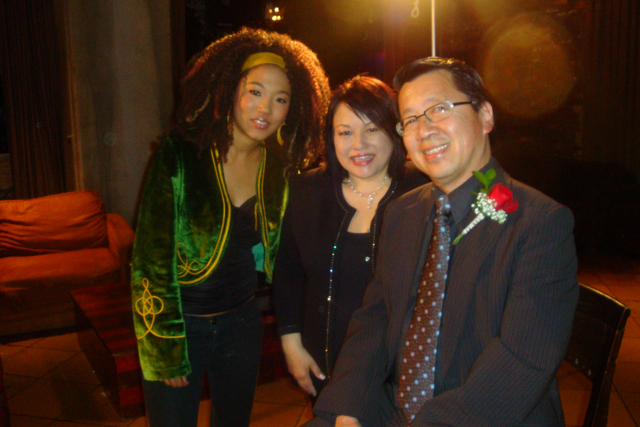 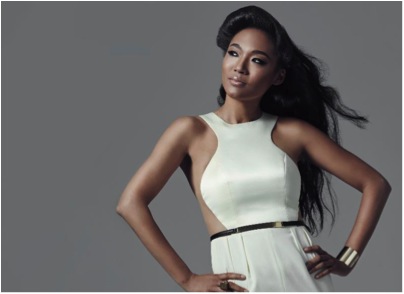 Judith Hill has been tapped by multi-platinum-selling singer, songwriter and actor Josh Groban as support for his fall "In The Round" tour, which kicks off tonight at Taco Bell Arena in Boise, ID. In addition to opening the show, Hill will join Groban during his set for two songs: "The Prayer" and "Remember When It Rains." Judith, who contributed backing vocals to three tracks on Groban's latest album, All That Echoes, will also be playing a series of headline dates this fall. See below for itinerary.

Praised by Rolling Stone for her "stellar powerhouse vocals," Hill has signed with Sony Music. In addition to penning and performing her own material, Judith - who wrote her first song at the age of four - has backed such artists as the late Michael Jackson, Stevie Wonder and Elton John. Hers is one of the stories told in director Morgan Neville's acclaimed 20 Feet From Stardom, a film that shines the spotlight on the untold true story of the backup singers behind some of the greatest musical legends of the 21st century. Hill, who was also featured on the film's soundtrack, was a contestant on season four of "The Voice."

Hill is also finishing up her debut record, which will be released in early 2014.

All dates are supporting Josh Groban unless otherwise noted.

For hundreds of people gathered for the Asian American Journalists Association's opening gala in Hollywood several years ago it would be the first time they had heard the featured entertainer, Judith Hill. Judith Who?

But that August evening in 2010, at the event celebrating AAJA's founders, pioneer journalists and the new Honor Roll of Asian American Pioneers in Journalism, they were watching a young singer who would come close to winning this season's The Voice competition, capturing hearts (and, probably, a recording contract) if not enough votes. Then, a few months later, she would pop up in one of the best documentary films of the year, Twenty Feet from Stardom.

The film follows several prominent backup singers who've “ooh”ed and “shooby-doo”ed, sung and swayed and just plain sweated in the shadows of the stars, and who've tried to reach for those stars, only to fail and to return to their place, 20 feet from the spotlight.

Sure, there are exceptions, like Darlene Love, who after almost 50 years of great music, finally got inducted into the Rock and Roll Hall of Fame, and Sheryl Crow, who got her start singing behind, among others, Michael Jackson.

But for most of these performers, all brilliant singers (most of them black women who were schooled in gospel), it's a life of sour notes. (Click here to Ben's complete column)

Judith Hill is one of the younger singers profiled in the film. Her claim to near fame? Like Crow, she worked with Michael Jackson. At least she was hired to be on his “This Is It” tour of 2009.  Jackson died before the tour began, and Hill wound up singing at his memorial at the Staples Center.

Hill returned to the shadows, backing up Kylie Minogue and others; she's had a few solo shows, and she did herself proud on The Voice. She's a standout talent, and in a tough business that's harder to crack than the Rock hall of fame, she'll make it.

And to think that we were hanging out together at an AAJA convention.

CATCHING UP: It's been a long time since I've written, and a lot has happened. As concisely as I can, here's some of it:

* I finished my book on Little Feat, finally. It comes out in November and is called Willin' (from Da Capo Press).

* I slid right into a cool gig with a cool site, Qello, which is both an app and a site where music fans can stream concerts, documentaries and specials on bands and artists representing all kinds of music. I blog about films I like, from Elvis and Tom Petty to Florence + the Machine and Justin Bieber.

* Speaking of Elvis, I've done his "Love Me" in public, which means it's online. My performance at a music confab, the Sunset Sessions, is on YouTube, and I also did Elvis -- and Bob Dylan -- on West Coast Live, a variety and interview show on KALW and maybe 100 other stations (and online). Oddly, I was booked as a musical act, and had to round up some willing co-conspirators. I lucked out. Sam Barry of Los Train Wreck played harmonica; Kurt Huget, who’s backed me on visits to senior centers, played guitar; Alexa Weber Morales did backup vocals and tambourine, and the show’s pianist, the fabled Mike Greensill, tickled the ivories. Great fun.

* After completing Willin’ in April, I also agreed to return to radio. It’s BossBossRadio on the internet and via iTunes and the radio app, TuneIn. I’m on Sundays from 1 to 4 p.m., and they repeat my show from 7 to 10 p.m. Pacific. My partner DJs include former fellow KSAN jocks Raechel Donahue and Terry McGovern. We do it for free, and for the fun of radio.

* San Francisco State University, my alma mater, named Dr. Leslie Wong, a Bay Area native, as its 13th president. The university combined the crowning event of his investiture—a gala dinner—with the induction of the 2013 Alumni Hall of Fame at the Julia Morgan Ballroom. Since I’ve MC’d the last few induction events, I hosted this one, too. One highlight: a video of Dr. Wong on campus, doing the “Harlem Shake” with hundreds of students. It is, of course, on YouTube.

* The opera world, and all of us, lost a luminous figure, Zheng Cao, earlier this year. Zheng (better known to her many friends as “Jane”) fought a long and brave battle against cancer, and drew nearly a full house at the War Memorial Opera House for her memorial in June, with her close friend Amy Tan among the speakers and performers. (Zheng starred in the opera production of Tan’s The Bonesetter’s Daughter, in that very opera house.)

* In April, out of nowhere, I found myself on Rock Center, the Brian Williams newsmagazine (alas, since canceled) on NBC. Not me, actually, but the scene from Almost Famous in which Terry Chen portrays me as an editor at Rolling Stone. The piece was about a hoax perpetuated by a couple of RS record reviewers. Too complicated to get into here, but Google the “Masked Marauders” and you’ll get the story—if not the album.

Ben Fong-Torres
Photo: Pat Johnson StudiosAsianConnections columnist Ben Fong-Torres is a true Renaissance man. The former Rolling Stone senior writer and editor, is an author and a multiple Emmy Award-winning broadcaster. He is the senior editor of Qello.com the world's largest library of on-demand HD concerts and music documentaries, and writes the column Radio Waves in the San Francisco Chronicle. Ben is the author of many books, including Willin', about Little Feat due in November, 2013 from Da Capo Press.

Ben's latest books include the expanded and updated edition of his best-seller The Rice Room: Growing Up Chinese American from Number Two Son to Rock 'n' Roll published by University of California Berkeley Press; Eagles: Taking It to the Limit, an insider's look on the occasion of their 40th anniversary published by Running Press, and  The Doors by The Doors published by Hyperion. Ben is the subject of a documentary Like A Rolling Stone: The Life & Times of Ben Fong-Torres currently in development.

Read more of Ben's writings here for his Like A Rolling Stone column at AsianConnections.com