The Time Has Come: Asian Americans Arrive on the Red Carpet

Asian American actors and members of Hollywood's entertainment industry graced the red carpet at the 20th Anniversary Gala Celebration for the Coalition for Asian Pacifics in Entertainment (CAPE) at Union Station in Los Angeles Nov. 12, 2011.

The evening honored the talents of Asian Americans in entertainment and celebrated the advancement of diversity in the media.

For years, Asian Americans have been under-represented in Hollywood. 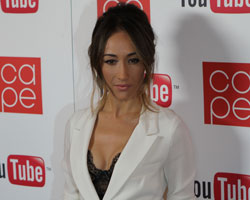 Maggie Q, the beautiful and savvy renegade spy from Nikita shared space with Carrie Ann Inaba, the talented dancer and one of the judges for Dancing with the Stars. 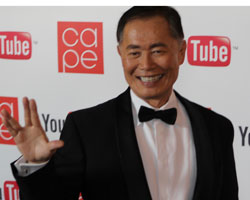 George Takei, who played Sulu from Star Trek, YouTube musician sensation David Choi, and professional poker player Maria Ho, who has played in the World Poker Tour were also among the celebrities on the red carpet.

The Gentlemen of YTF also strutted the red carpet; the group includes Ryan Higa, the most subscribed YouTube personality, as well as Victor Kim and Dominic of Quest Crew, who won the third season of America’s Best Dance Crew. 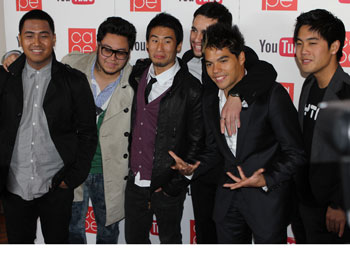 Wenda Fong, says she co-founded CAPE twenty years ago when Asian Americans did not have a strong voice in the entertainment industry. CAPE is now one of the largest Asian-American professional entertainment industry organizations in Hollywood. Studio and network executives, managers, actors, producers and directors are among its members.

The demographics and audience share of Asian American Pacific Islanders have risen. The latest U.S. Census figures show that AAPI's are among the fastest growing segments in the U.S. Fong says that good Asian American talent has always been in the industry, but roles for Asian Americans has been under represented. CAPE is working to mentor, support and develop writers and producers to bring more stories to the screen. 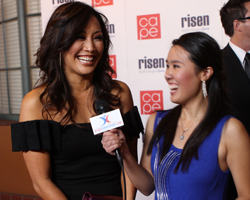 Maggie Q, in her heartfelt acceptance speech, expressed anger in actually being the first Asian American woman in a lead role—after all these years Asian Americans have been in entertainment. She recognized how important it is to continue the struggle for more Asian American representation in the media.

In the future, CAPE plans to expand its efforts to support AAPIs in entertainment in the global and digital arenas. 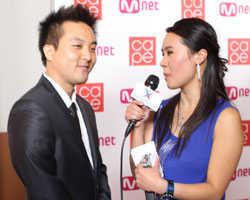