By Ben Fong-Torres It’s short shrift time. I have a life that’s ripe (and slightly wrinkled) for blogs and tweeting; for facebooking and updating. I’m just no good at it. My last column here on AsianConnections was about the memorial in late July for my sister Shirley. My last posting on the authors’ site, Redroom, was about a radio promo tour I did (20 stops, all on the phone in my home office) for my Eagles book. On my own home page, the last thing was about hanging with... 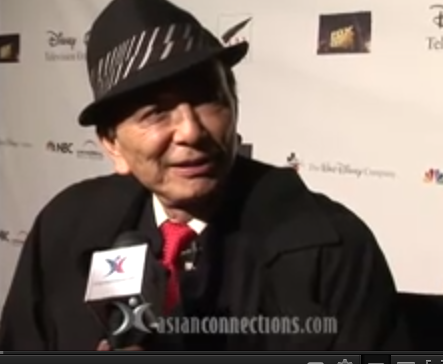 All of us at AsianConnections.com wish you a very Happy Birthday!

Here are our favorite interviews we have done with Mr. Hong over the years.

Click on the blue headline title to the full story.

On APAs in Hollywood - Urges Cooperation and Support of organizations like CAPEUSA.org.

James Hong shares his famous lines from his role as Mr. Ping in Kung Fu Panda

James Hong sighting! Mr. Hong attended a CAPE event with Film Independent in Los Angeles February 1, 2012. I had a chance to visit with him and personally wish him Happy Birthday, in advance of his real birthday today!

He was born February 22, 1929 in Minneapolis, Minnesota. He studied civil engineering at the University of Southern California. As a road engineer for Los Angeles County for 7-1/2 years, he would act during his vacations and sick days, eventually quitting to go full time as an actor.

Mr. Hong has played in more than 500 television and film roles, including his award-winning role as "Mr. Ping" in Kung Fu Panda, and Kung Fu Panda 2.