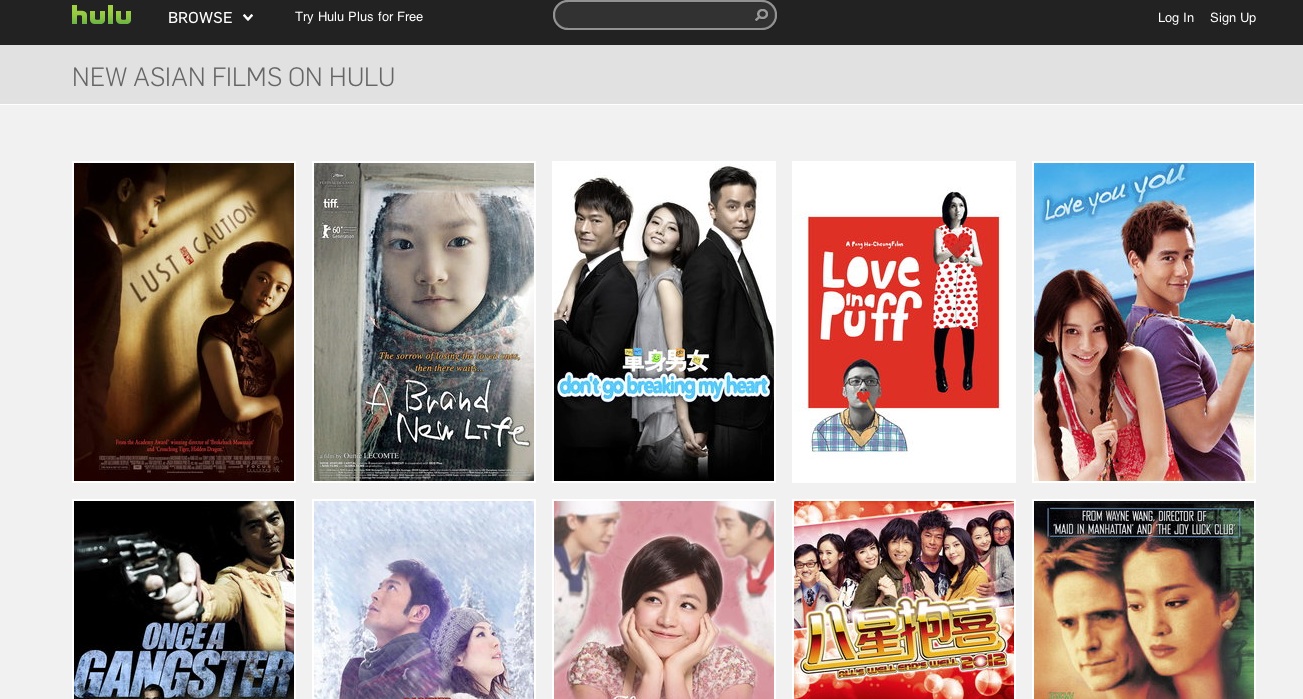 Additionally, the famed Oldboy trilogy is available on Hulu Plus until June 30th. The sci-fi cult classic is about a man determined to find his kidnapper who imprisoned him for 15 years. The film has been recognized at numerous festivals, and took home the Grand Prize of the Jury at Cannes in 2004.  Enter the world of director Chan-Wook Park with Oldboy, Sympathy for Mr. Vengeance and Lady Vengeance.

Chinese dramas, such as Love In a Puff (Ho-Cheung Pang), The Soul Of Bread (Pin-Chuan Kao), and Don’t Go Breaking My Heart (Johnnie To) make their Hulu debut in the Chinese film category as well.

To find Asian films at Hulu, you can go to its categorized playlists, such as New Asian Films on Hulu, Chinese or Korean Dramas and A Beginner’s Guide to Korean Dramas.