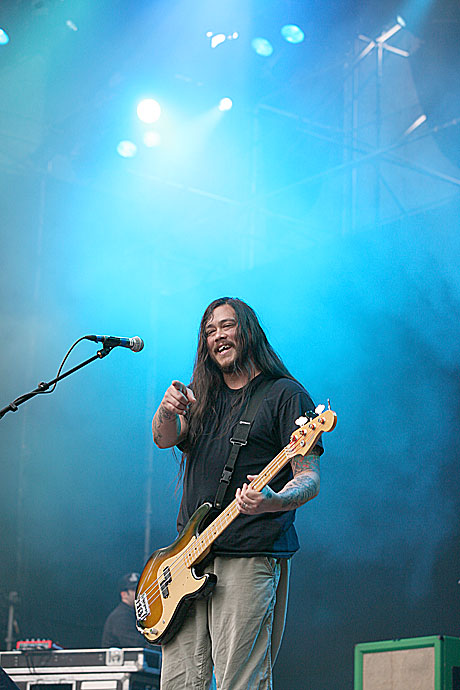 Cheng recorded five albums with the Deftones, debuting in 1995 with Adrenaline to 2006's Saturday Night Wrist. In 2000, Cheng released a collection of his poetry in a spoken word album titled The Bamboo Parachute.

Click here from the home page to the full story and Tribute Interview with Chi Cheng (1970 - 2013)
Credit: ArtisanNewsService on YouTube.com

His sister Mae reportedly sustained minor injuries and was wearing a seat belt in the 2008 accident. Chi's injuries were much more serious. He was in the passenger seat without a seat belt on, and was ejected from the car when it flipped several times after hitting another car going 60 mph.

The message posted today on www.oneloveforchi.com signed by his mother Jeanne Marie Cheng:

"This is the hardest thing to write to you. Your love and heart and devotion to Chi was unconditional and amazing. I know that you will always remember him as a giant of a man on stage with a heart for every one of you. He was taken to the eme(r)gency room and a 3am today his heart just suddenly stopped. He left this world with the singing songs he liked in his ear. He fought the good fight. You stood by him sending love daily. He knew that he was very loved and never alone. I will write more later. I will be going through the oneloveforchi site and any other information may not be reliable. If you have any stories or messages to share please send them to the oneloveforchi site. Please hold Mae and Ming and the siblings and especially Chi's son, Gabriel in your prayers. It is so hard to let go." 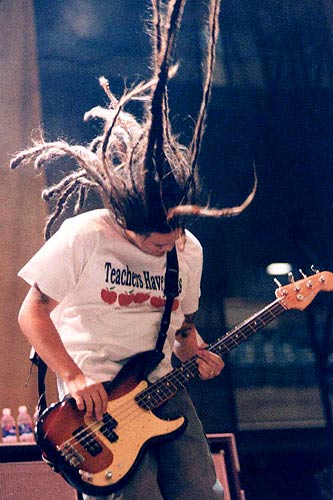 Neil Portnow, president of The Recording Academy said, "The music industry has lost a proud and passionate performer all too soon, and our sincerest condolences go out to his family, his bandmates, and his fans worldwide who are mourning his untimely and unfortunate passing."