In the kitchen and on the radio in 120 cities. by Ben Fong-Torres 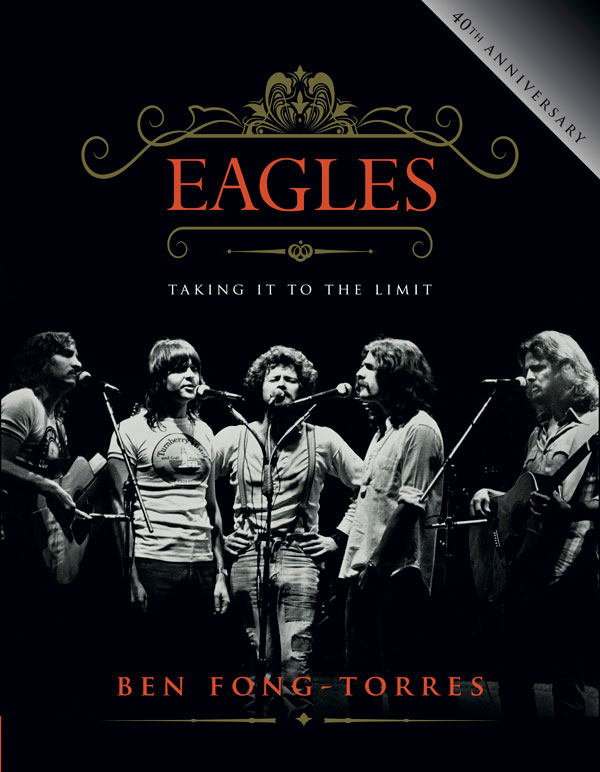 I just flew in from Canada and a few dozen other cities, and boy, are my ears tired. Let me explain: It was a radio tour, as it’s called, for my new book, Eagles: Taking It to the Limit. The publisher, Running Press, set up 20 stops – mostly morning shows from coast to coast – from 5 to 8:20 a.m. – all from my phone at home.

By 6:30, half way through, my left ear was feeling it. Before then, I’d also gone through a couple of technical glitches. My cordless phone ran out of juice, and I had to run (quietly) from my office to the kitchen upstairs. And my recorder malfunctioned.

But it was still better than going to 20 bookstores in 20 cities. The Canada call – from Astral Radio – reached 83 stations in 40-something cities. And the last stop was with Premiere Networks, which itself services 60 stations with show prep material. That’s 120 stations in all

I met a wide range of broadcasters, from DJs in smaller towns like Lima, Ohio to news talk anchors in Atlanta and St. Louis, to Philadelphia radio legend John DeBella and rock artist turned morning jock Greg Kihn, himself an author. He knows all about th is 4 a.m. wakeup routine. Only he does it five days a week. One a book is plenty enough for me.

The only flake-out was a station in Norfolk, Nebraska, scheduled near the end. My poor left ear was most grateful for the cancellation.

The Eagles book is one of two I have out right now. University of California Press just published an expanded and updated version of my 1994 memoirs, The Rice Room. No radio tour, thank god. But on Friday, Oct. 28, I’m doing an event in Oakland, in Chinatown, where the story begins. $30 for a multi-course dinner, plus Sherry Hu of CBS5 interviewing me, plus videos and songs. For info, try Mary Geong at (510) 654-4417 or write her at This email address is being protected from spambots. You need JavaScript enabled to view it..

AsianConnections columnist Ben Fong-Torres is a true Renaissance man. The former Rolling Stone writer and editor is also a multiple Emmy Award-winning broadcaster, writes a column Radio Waves in the San Francisco Chronicle, and is the author of many books, including two new ones just released October, 2011: the expanded and updated edition of his 1994 best-seller The Rice Room: Growing Up Chinese American from Number Two Son to Rock 'n' Roll published by University of California Berkeley Press, and Eagles: Taking It to the Limit, an insider's look at arguably the greatest American rock 'n' roll band on the occasion of their 40th anniversary published by Running Press.

Ben Fong-Torres' The Rice Room: Growing Up Chinese American from Number Two Son to Rock 'n' Roll, the instant best-seller when originally published in 1992 is released October, 2011 with and expanded and updated edition.

Ben Fong-Torres talks About his new book on CBS San Francisco October 24, 2011 Eagles: Taking It to the Limit

Click here to more of Ben's columns. His personal thoughts about hanging out with Johnny Depp are in his latest dated October 26, 2011 at this link.

Footnote 10/26/2011: More of Ben's columns will be posted soon as AsianConnections.com completes work on its new website system.