"Linsanity" the docoumentary begins screening in theaters in a limited release October 11, but keep an eye out for earlier screenings in your area!

Its a terrific documentary! Show support on the opening weekend by buying tickets! 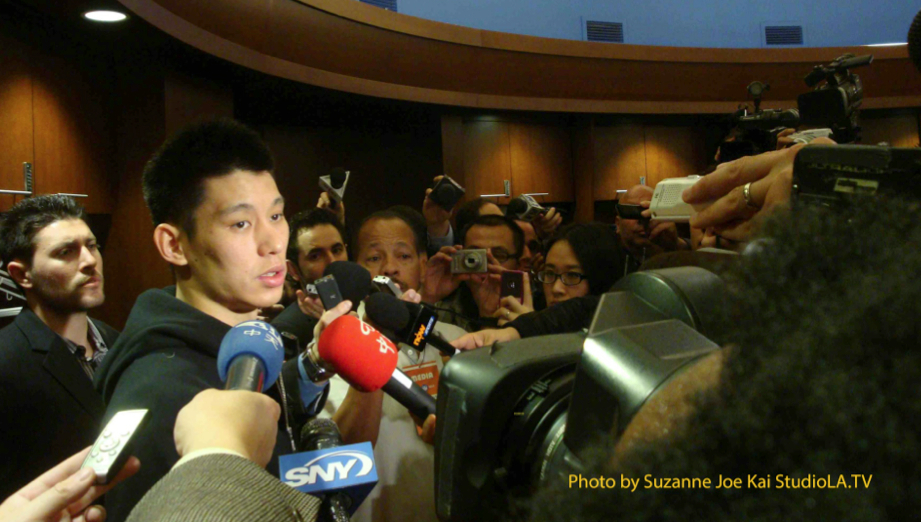 For the full story by Dave McNary at Variety click here.

I saw the documentary at a press screening earlier this year, and a second time at CAAMFest 2013's Opening Night in San Francisco, and look forward to its theatrical release.

If you would like to join the movie's "Street Team" to get the word out click here to fill out the Linsanity - Street Team form or go straight to the website and find the link at www.Linsanitythemovie.com.

If you would ike to host your own screening with your group you can fill out a form at the official website www.Linsanitythemovie.com/screening

Here's the description of "Linsanity" from CAAMFest 2013:

In 2012, the entire media landscape was abuzz about one man: basketball sensation Jeremy Lin. From gracing the covers of Time Magazine and Sports Illustrated to being satirized by Saturday Night Live, Lin captured the imagination, both here and abroad, like no single Asian American since Bruce Lee. In Linsanity, director and Bay Area native Evan Jackson Leong goes beyond the headlines to uncover the real story behind this cultural phenomenon.

The Jeremy Lin story begins in the suburbs of Palo Alto, where as a high-schooler Lin quickly impressed coaches and audiences with his uncanny ability and work ethic. Nonetheless, he received no athletic scholarships after graduating high school, and finally left the Bay to attend Harvard University, where he continued to prove himself on the court.

Undrafted out of college and never given a full run in the NBA (even after spending time with his hometown team, the Golden State Warriors), he soon joined the New York Knicks as a backup, until injuries to starters propelled him onto the court…and into stardom.

Lin scored more points in his first five NBA starts than any other player in the modern era, and he did it with style: in less than a month, Linsanity was born; with it came praise as “the ultimate underdog” and worldwide fame, but also a certain undercurrent of doubt, sometimes racially charged.

In Linsanity, the first documentary in over a decade to open the CAAMFest festival, filmmaker Leong and his crew give you courtside seats to Lin’s sudden rise, masterfully capturing the energy and hysteria that swept up this Palo Alto baller—and the world—along the way.

With a trove of home movies, jaw-dropping game footage and intimate interviews with family members, Leong’s inspirational portrait reveals a man who has infinite passion for his craft, yet still finds time to give back to communities and who, at the end of the day, is forever guided by his core values: faith and family.