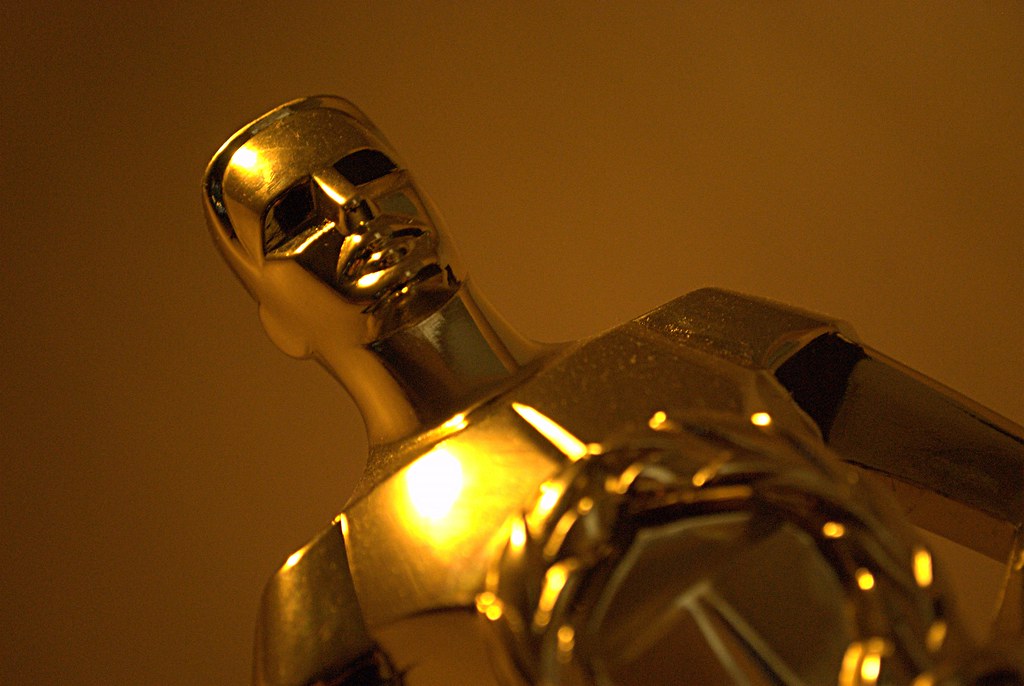 The Academy of Motion Picture Arts and Sciences announced their 2022 invitations to distinguished artists and executives from across the globe.

As part of their Academy Aperture 2025 plan to diversify, the Academy reports among the 397 invitees “44 percent are women, 37 percent are from underrepresented ethnic/racial communities, and 50 percent are from 53 different countries and territories outside the United States.” Prospective members are selected based on professional qualifications, with the Academy continuing its commitment to expanding representation, inclusion and equity.

The short films/feature animation, documentary, and actors branches were among the longest lists of invitees, gathering 27 percent of the invitations among all branches.

Drive My Car’s Ryusuke Hamaguchi was nominated in four award categories during the 2022 Oscars. Ryusuke Hamaguchi accepted the award for "Drive My Car," from Japan, for best international feature film at the Oscars on Sunday, March 27, 2022.  Hamaguchi was invited to two branches, the Directors branch and Writers branch. Under Academy guidelines, he will be able to choose one branch. This year's class of invitees includes 71 Oscar nominees, including 15 winners.

Vincent Lindon – “Titane,” “The Measure of a Man”

BarBara Luna – “The Concrete Jungle,” “Five Weeks in a Balloon”

Aïssa Maïga – “The Boy Who Harnessed the Wind,” “Mood Indigo”

Olga Merediz – “In the Heights,” “Adrift”

Jesse Plemons – “The Power of the Dog,” “Judas and the Black Messiah”

Sheryl Lee Ralph – “Sister Act 2: Back in the Habit,” “The Distinguished Gentleman”

Renate Reinsve – “The Worst Person in the World,” “Welcome to Norway”

Joanna Scanlan – “After Love,” “Notes on a Scandal”

Yngvill Kolset Haga – “The Worst Person in the World,” “One Night in Oslo”

Juliette Ménager – “A Bag of Marbles,” “As Above/So Below”

Ava Berkofsky – “The Sky Is Everywhere,” “Free in Deed”

Sturla Brandth Grøvlen – “The Innocents,” “Another Round”

Kasper Tuxen – “The Worst Person in the World,” “Riders of Justice”

Joan Bergin – “The Prestige,” “In the Name of the Father”

Antonella Cannarozzi – “A Five Star Life,” “I Am Love”

Lizzy Gardiner – “Hacksaw Ridge,” “The Adventures of Priscilla, Queen of the Desert”

Louise Stjernsward – “Made in Italy,” “The Mercy”

Elisabeth Tavernier – “The Man in the Basement,” “Tanguy Is Back”

Pawo Choyning Dorji* – “Lunana: A Yak in the Classroom”

Ryusuke Hamaguchi* – “Drive My Car,” “Wheel of Fortune and Fantasy”

Julie Anderson – “God Is the Bigger Elvis,” “Arthur Ashe: Citizen of the World”

Ellen Bruno – “Satya: A Prayer for the Enemy,” “Samsara: Death and Rebirth in Cambodia”

Traci A. Curry – “Attica,” “Boss: The Black Experience in Business”

Susanne Guggenberger – “Blue Note Records: Beyond the Notes,” “The Beekeeper and His Son”

Firouzeh Khosrovani – “Radiograph of a Family,” “Fest of Duty”

Mehret Mandefro – “How It Feels to Be Free ,” “Little White Lie”

Mary Manhardt – “Learning to Skateboard in a Warzone (If You’re a Girl),” “Racing Dreams”

Peter Jay Miller – “Crisis Hotline: Veterans Press 1,” “Into the Arms of Strangers: Stories of the Kindertransport”

Elizabeth Mirzaei – “Three Songs for Benazir,” “Laila at the Bridge”

Gulistan Mirzaei – “Three Songs for Benazir,” “Laila at the Bridge”

Ben Proudfoot – “The Queen of Basketball,” “A Concerto Is a Conversation”

Lynne Sachs – “Film about a Father Who,” “Investigation of a Flame”

Brett Story – “The Hottest August,” “The Prison in Twelve Landscapes”

Jialing Zhang – “In the Same Breath,” “One Child Nation”

Olivier Bugge Coutté – “The Worst Person in the World,” “Thelma”

Shannon Baker Davis – “The Obituary of Tunde Johnson,” “The Photograph”

Joshua L. Pearson – “Summer of Soul (…Or, When the Revolution Could Not Be Televised),” “What Happened, Miss Simone?”

Peter Sciberras – “The Power of the Dog,” “The King”

Aljernon Tunsil – “Attica,” “The Black Panthers: Vanguard of the Revolution”

Sean Flanigan – “The Many Saints of Newark,” “The Irishman”

Stephanie Ingram – “The Eyes of Tammy Faye,” “It”

Justin Raleigh – “The Eyes of Tammy Faye,” “Army of the Dead”

Finneas O’Connell – “No Time to Die”

Nerida Tyson-Chew – “H Is for Happiness,” “Anacondas: The Hunt for the Blood Orchid”

Mariela Besuievsky – “The Man Who Killed Don Quixote,” “The Secret in Their Eyes”

Yaël Fogiel – “Memoir of War,” “Latest News of the Cosmos”

Cristina Gallego – “Birds of Passage,” “Embrace of the Serpent”

Pauline Gygax – “With the Wind,” “My Life as a Zucchini”

Thanassis Karathanos – “The Man Who Sold His Skin,” “Tulpan”

Natalie Qasabian – “Run,” “All about Nina”

Teruhisa Yamamoto – “Drive My Car,” “Wife of a Spy”

Ellen Brill – “Being the Ricardos,” “Bombshell”

Enrico Latella – “Tenet,” “All the Money in the World”

Maria Brendle – “Ala Kachuu - Take and Run,” “The Stowaway”

Alberto Mielgo – “The Windshield Wiper,” “Spider-Man: Into the Spider-Verse”

Les Mills – “Affairs of the Art,” “The Canterbury Tales”

Mike Rianda – “The Mitchells vs. the Machines”

Leo Sanchez – “The Windshield Wiper,” “Over the Moon”

Marc J. Scott – “The Boss Baby: Family Business,” “How to Train Your Dragon: The Hidden World”

Daniel Šuljić – “From Under Which Rock Did They Crawl Out,” “The Cake”

Brian Chumney – “West Side Story,” “The Croods: A New Age”

Richard Flynn – “The Power of the Dog,” “Slow West”

Lewis Goldstein – “In the Heights,” “Hereditary”

Leff Lefferts – “Vivo,” “How to Train Your Dragon: The Hidden World”

Tara Webb – “The Power of the Dog,” “Mortal Kombat”

Earl Hibbert – “The Fate of the Furious,” “Guardians of the Galaxy”

Maia Kayser – “Rango,” “Pirates of the Caribbean: At World’s End”

Sean Noel Walker – “Shang-Chi and the Legend of the Ten Rings,” “Black Widow”

Pawo Choyning Dorji* – “Lunana: A Yak in the Classroom”

Ryusuke Hamaguchi* – “Drive My Car,” “Wheel of Fortune and Fantasy”

Oscar statue photo credit: Academy Award Winner by Dave B is licensed under CC BY 2.0