Report From Dallas: Will Sing for BBQ

Ben Fong-Torres sings on stage in Texas with rock legends and lives to tell the story.

[Editor's Note: This article was written for the music maga- zine Paste and will appear, in a slightly differ- ent form, in its October issue.]

We were re- hearsing, and Id just run through my Elvis number when Jim Messina issued a threat.

Hey, Ben, he said, I just want to let you know Im gonna be writing a review about this!

Fair enough. After all, back in the day, when I was at Rolling Stone , I used to write about Messina, who was in Buffalo Springfield and Poco before becoming half of Loggins & Messina.

Standing near Messina was Richie Furay, his bandmate in Springfield and Poco. And huddled in a far corner were Mickey Raphael, the harmonica wizard behind Willie Nelson, along with Tony Brown, Nashville label executive, producer, and former keyboard player foryes, Elvis Presley. Yikes!

We were in the Hunt Suite in the Mansion on Turtle Creek, the Dallas luxury resort hotel where Dean Fearing, the ebullient executive chef and guitar-slinging leader of a mostly-chefs band, the Barbwires, gathers as many ringers as he can every year to play at his fundraising Summer Barbeque Fest.

On this seasonally hot July Saturday, some 600 people would soon show up, at $250 a ticket, to sample grilled and barbequed dishes whipped up and served by celebrity chefs from around the country, and to be coerced into overspending for items in an auction run by Al Roker and Peter Greenberg of the Today... 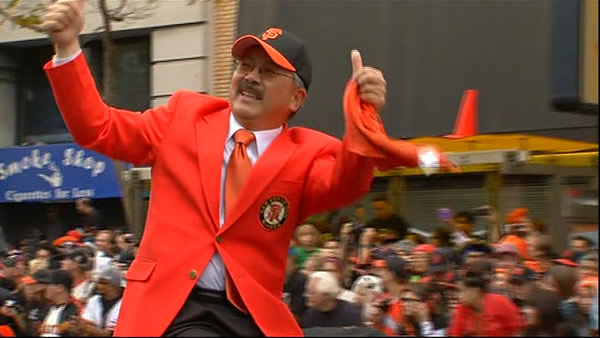 I have a life that’s ripe (and slightly wrinkled) for blogs and tweeting; for facebooking and updating.

I’m just no good at it. My last column here on AsianConnections was about the memorial in late July for my sister Shirley. My last posting on the authors’ site, Redroom, was about a radio promo tour I did (20 stops, all on the phone in my home office) for my Eagles book. On my own home page, the last thing was about hanging with Johnny Depp at UC Berkley – in mid-October.

Pathetic. But hey, when you’re busy having a life, it’s not easy stopping and writing about it -- although hundreds of thousands of people apparently do. I hear Steve Martin is an inveterate Tweeter, and he’s kind of a busy guy. But I can’t do it. Backstage with Depp, I realized that it was the perfect time to post on Twitter: “We’re about to go on stage; students are screaming already”—something like that. But Johnny and director Bruce Robinson were chatting; one must pay attention. So, no tweets from this twit.

Bottom line: It’s time to catch up, and, with apologies, to give the following events & incidents short shrift.

SANTANA: On Oct. 21, four days after the on-stager with Depp, about his movie, The Rum Diary, at Cal, I was at Mission High School, where Carlos Santana was a student in the late Sixties, soon after arriving from the streets of Tijuana, where he learned about music and life. That, he once told me, was his high...

Our Emmy award winning Ben Fong-Torres weathers his 12th year as co-host of the SF Chinese New Year Parade televised broadcast and finds a silver lining with the weather forecast for rain - Ratings!

You know how, sometimes, those meteorologists on TV get their weather forecasts a tiny bit wrong?

Hard to believe, I know, what with all their computers and radars and satellites and fancy Doppler maps and storm tracking weaponry.
But it happened big time the other weekend, when every weather guy and gal and the radio traffic-and-weather people, and the newspapers, too, issued warnings that the San Francisco Bay Area was about to be blown off the face of the earth, by a storm that would rival the January assault that blacked out tens of thousands of homes, some of them for as long as four days and nights.

I had more to worry about than stocking up on batteries and Dewars. The weekend happened to include, on Saturday, February 23rd, the Chinese New Year Parade. I've been co-anchoring the TV coverage of it (on KTVU, Fox 2) for 11 years. This would bring me full circle in the lunar cycle, and would be the 8th year with co-host Julie Haener . Eight is an auspicious number, just as red is a lucky color, and noodles ensure longevity.

But the forecasters told of how the parade was a target of the storm; how, despite the parade's 55 year-tradition of going on, rain or shine, Ma-Ma Nature was likely to wreck floats and knock marchers off their stilts.

The Magic of the Radio by Ben Fong-Torres

This one is all about Asian connections.

It began at Bellaken Garden, a skilled nursing care facility in East Oakland, where my mother, Connie, has been staying since August. I’ve been visiting there twice a week, crossing the Bay Bridge from San Francisco and popping in with potstickers from a nearby takeout restaurant.

For months, I’d seen this thin, white-haired woman seated in the lobby area, across from one of the dining rooms. After a while, we’d exchange smiles and hellos. I’d noticed her mainly because she always had a transistor radio with her. Being a radio columnist and occasional DJ, I asked what she was listening to. “Baseball,” she said. She was an avid San Francisco Giants fan, kept notes on their games, and kept their radio schedule close to her, all on a shelf of her walker. Her son, Jonathan, I would learn, works as a concessions cashier for both the Giants and the 49ers, so she was a football fan, too. We could talk.

I decided to do a little shout-out to her in my Radio Waves column in the San Francisco Chronicle, learned her name – June Kwei – and told her to watch for the mention. She appeared delighted, although I never properly introduced myself. Bad manners. (In Cantonese, “bad” is pronounced “kwei.”) Anyway, on December 11, the item ran, ending with “Holiday cheers to June Kwei.”

That evening, I received an email from a “Dede.” It was Mrs. Kwei’s daughter. I couldn’t believe it. Here’s most...