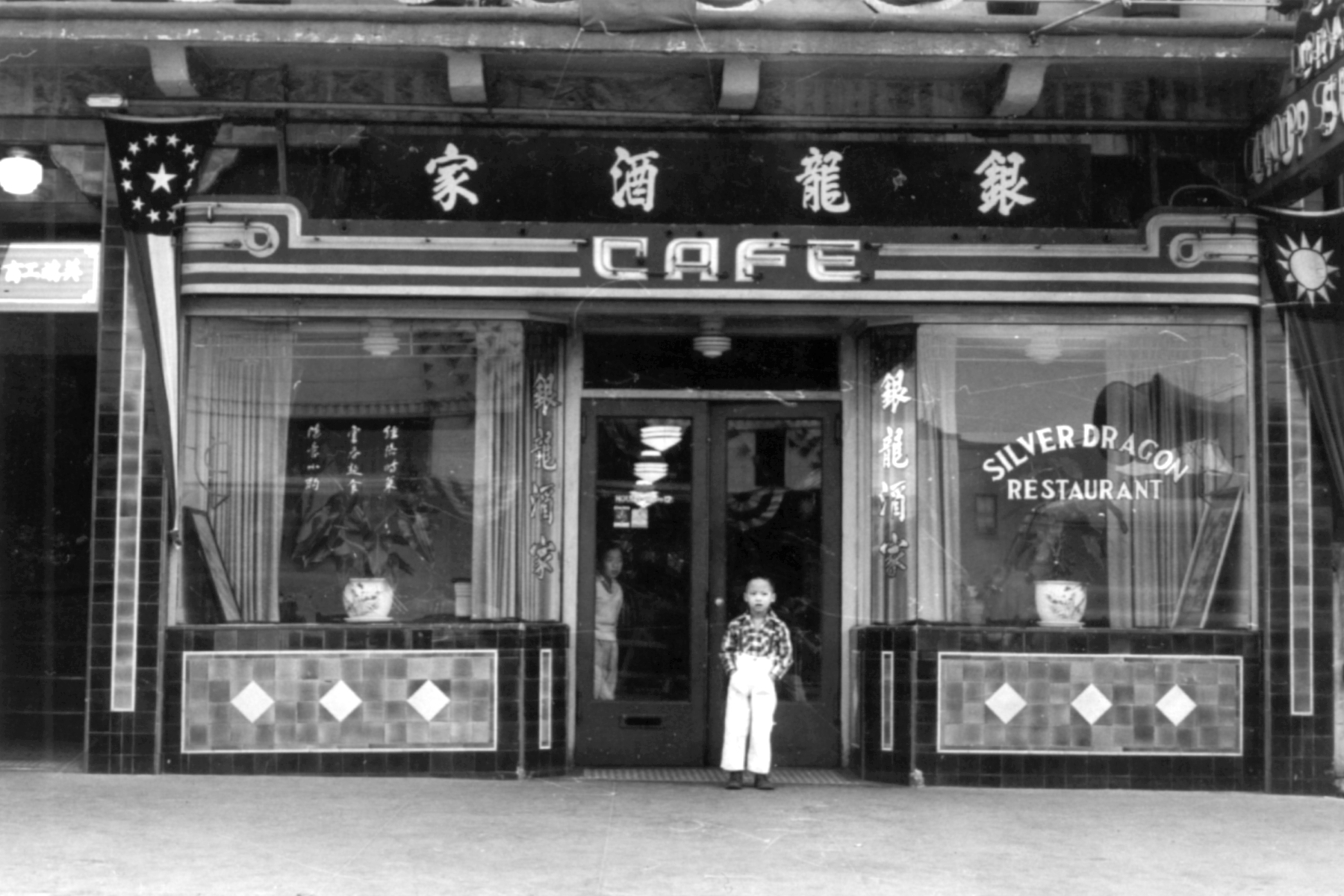 I continued, “This is where, while my parents were cooking and running a restaurant, I grew up.  This is where I listened to the radio and fell in love with the medium, and began to dream that one day I’d be on the radio. It’s where I began to read, and thought that, one day, I might write, and that my efforts might be printed, the way I saw them published in the Oakland Tribune.” (I got into the paper’s kids’ section with drawings and stories a few times.)

This was our home away from home, until our parents sold it to Wah Quon Chee and his wife, Yuk Chun Chee. My parents had found declining fortunes, and decided to try their luck elsewhere. The Chee family found … well, they found silver, and gold. At least enough that they were able to build a brand-new Silver Dragon that opened in 1974.  By then, the Chee kids were pitching in, doing chores and, ultimately, taking over in more important roles, just the way us Fong-Torreses did at our various places. Lester, Tina and Wesley, meet Sarah, Barry, Shirley and Burton.

There were a lot of parallels, and I was happy to be part of a salute to our ties over the years.

“And now,” I noted, “the Silver Dragon transitions into the headquarters of Asian Health Services.  This will be the first community health organization offices with a cocktail lounge.”

As part of the tribute, the AHS presented a video-and-photo montage of the Chees and the Silver Dragon, and it was a fine tribute, produced by Tony Nguyen, with help from Lilly Mar-Chee and the rest of the family. I was personally knocked out by photographs of the original Silver Dragon. I’d seen only a few tiny snapshots of the front of the New Eastern. Now, out of nowhere, I was seeing vivid photos of OUR restaurant—only with new signage. It was close enough – even the boy standing in front could have been Barry or me – and so were the shots of the dining room and the kitchen.

If only someone had taken a photo of the rice room.

A few days after the event, I got an e-mail from Sarah, my sister and Rice Roommate, sending along a couple of pages from a book she’d run into: Sweet and Sour: Life in Chinese Restaurants, by Joe Jung. It includes a nostalgic look back at Oakland Chinatown, and Sarah was drawn to a couple of pages about Webster Street – our street – as recalled by Flo Wong, a member of the family that owned and operated the Great China restaurant. That was just across the street from us, and Flo offers vivid descriptions of the place. At one point, she runs down the various shops across the street, including a pool hall and several other restaurants, including “the Far East Café run by the Fong Torres family.”

Uh…No. It was the New Eastern. And Fong-Torres is, and always has been, hyphenated (at least ever since the kids learned punctuation). And to think that Flo is the sister of William Wong, the esteemed journalist. You’d think there’d be an editor in the family.

No big deal. Next time I see Flo—or Bill, I’ll buy them a drink at Asian Health Services.