DEAD DAD is the winner of the Comcast Narrative Competition.

SEEKING ASIAN FEMALE is the winner of the Documentary Conpetition.

CAAM (The Center for Asian American Media) offers programs all year round.

Visit CAAM's website at CAAMedia.org, and support its mission by becoming a member.

CAAMFest is in full swing! 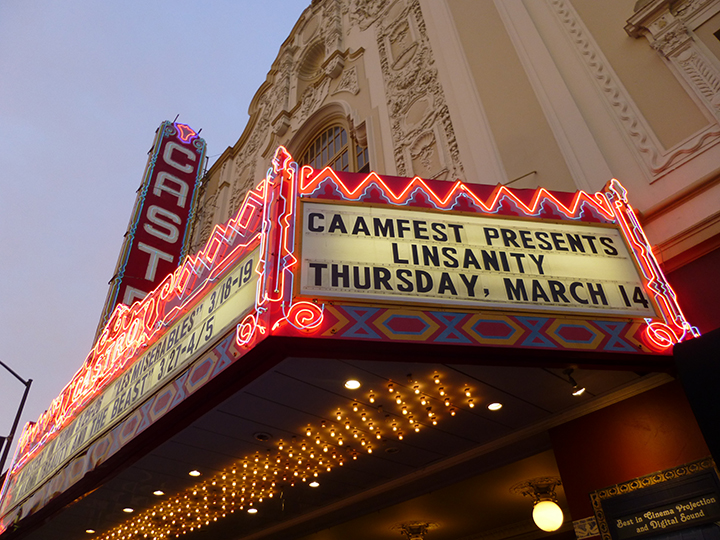 The Center for Asian American Media has launched CAAMFest, an exciting new festival March 14-24, 2013. Formerly called the San Francisco International Asian American Film Festival, the 31st annual event not only has a brand new name CAAMFest, and a brand new website CAAMFEST.com, the festival has branched out into food, music and digital media.

Judging from what I saw in the first few days, CAAMFest's ambitious plans have succeeded.

I counted at least 100 films and events representing more than twenty countries, held in ten venues mostly in San Francisco, with some events and film screenings at the Oakland Museum of California and Berkeley's Pacific Film Archive Theater.

There's still time to take in a screening or an event. 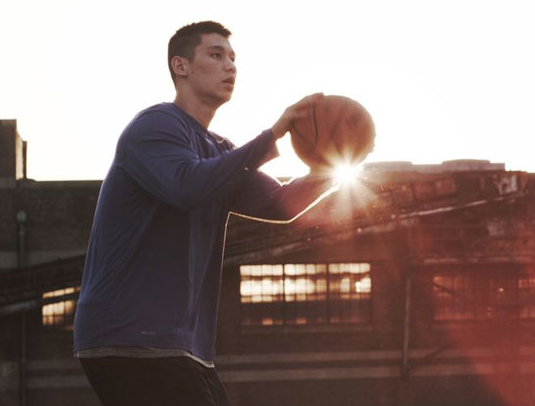 Filmmaker Evan Jackson Leong, who had been documenting Jeremy Lin's career since 2010, pre-Linsanity of February 2012, and members of his team answered questions from the audience.

While Jeremy Lin was not able to attend due to his NBA schedule, he did a video greeting. His parents attended, as well as some of his high school basketball players from Palo Alto. 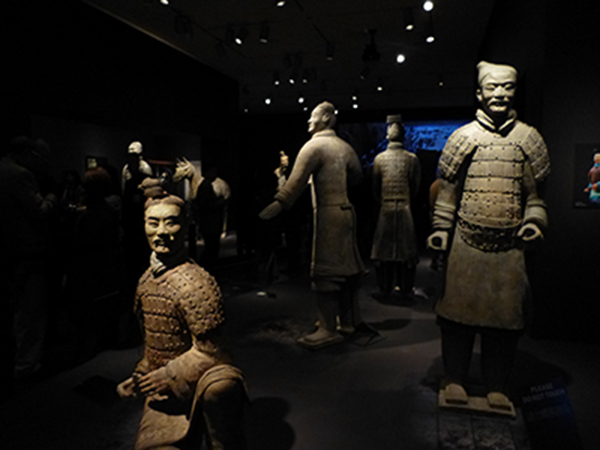 I had a chance to see old friends and taste one of the heavenly chocolates from Socola Chocolates. There were servers with trays of margaritas on ice, wine, beer and other drinks available all night.  Here are the companies offering treats at the gala: Distillery 209, Dosa, Namu Gaji, Sapporo Beer, Serpentine, Socola Chocolates and Martell Cognac.

Even though I have been to Xi'an, China's Shaanxi province to view the more than 7,000 life-size Terracotta Warriors in their original archeological sites, the largest group of pottery figurines discovered in China, I was glad I viewed the museum's exhibition of ten Terracotta Warriors.

The Asian Art Museum of San Francisco's exhibition allows visitors to get up close to these pottery figurines, and displays these pottery warriors with dramatic lighting. The Terracotta Warriors exhibition is at the museum until May 27, 2013.

Also, on display were other artifacts from the archeological digs including swords, and figurines in the shape of animals. On Saturday, March 16 I attended a screening of outstanding short films at the Sundance Kabuki Cinemas in San Francisco's Japan Town, a vibrant, and bustling neighborhood of restaurants, art galleries, bookstores, hotels and shops. Filmmakers were in attendance to answer questions from the audience about their films. Timothy Gee filmed a moving portrait about his immigrant mother Judy, who was in attendance. 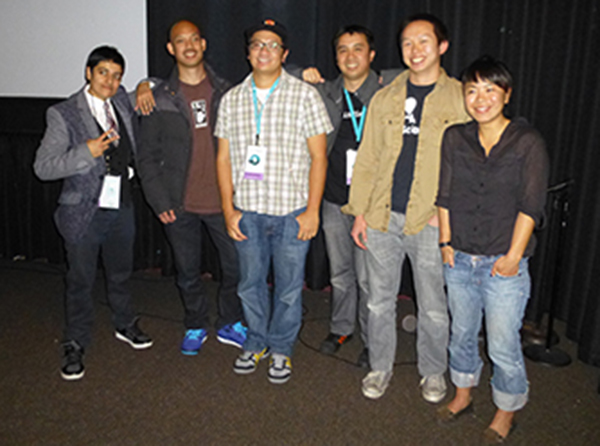 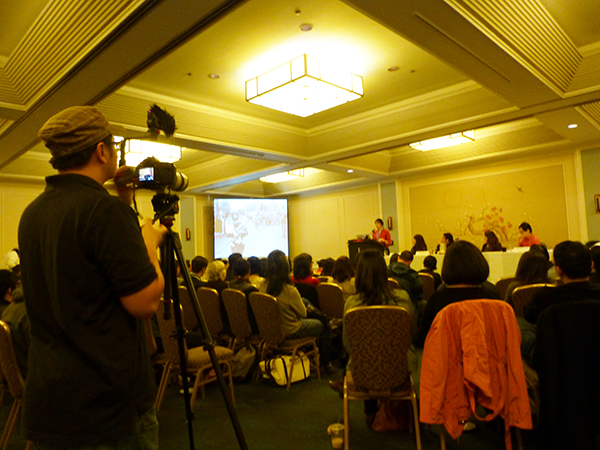 On Sunday, March 17, CAAMfest held a competition at the Kabuki Hotel called "Ready, Set, Pitch!" where filmmakers competed for funding for their projects. Five projects made it to the final round and pitched in front of jurors and an audience. The finalists were Eat With Me by David Au, Vimana by Faroukh Virani, The Real Mikado by Joyce Wu, and The Solar Champion by Gerry Balasta. The pitch contest winner was Facing the Mirror by Sara Khaki. 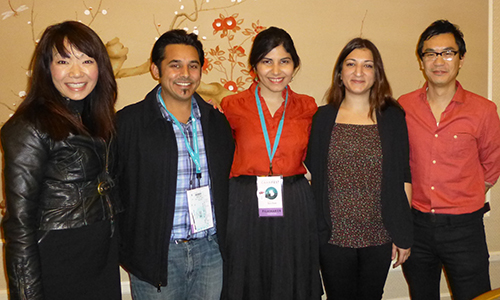 A CAAMFest Filmmaker's brunch was also held at the Kabuki Hotel on Sunday, where Executive Director Stephen Gong, Membership and Development Manager Jennifer Chu, Director of Development & Communications Debbie Ng, and other members of CAAM's team welcomed all of the festival's filmmakers.

The filmmaker's brunch was co-sponsored by the Sundance Institute and A3, a new non-profit foundation whose mission is to support and foster Asian American Artists in American media.

A3 has partnered with the Sundance Institute to create an artist fellowship for Asian Americans called the A3/Sundance Fellowship. Addiitonally A3 has an A3 Fellows Program.

Stefanie Huie, the newly appointed person to administer the A3 Foundation Fellowship Feature Film Program with the Sundance Institute, introduced the new Fellowship to flmmakers. 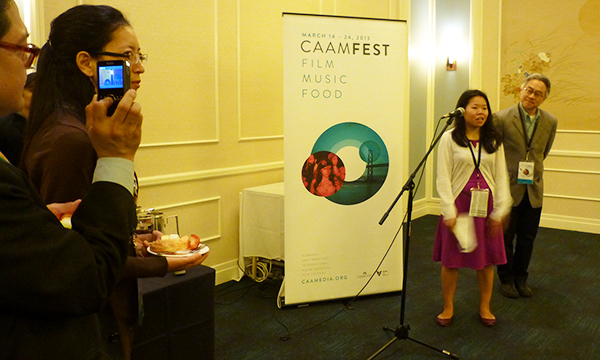 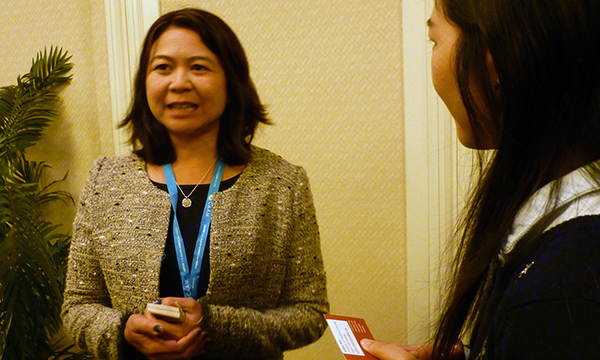 These are just a few of the events and screenings from the more than 100 on the schedule. A special 60th anniversary exhibition of rare items from the TV series Astro Boy will be showcased on March 22 at 7:00pm. Also, on March 22, at 5:30pm there will be a presentation of Astro Boy: The Movie. The movie is a 2009 adaptation of the famous manga and is a fan's homage to the history of the series. There are two screenings left on Saturday March 23 and Sunday March 24 of Comrade Kim Goes Flying, the first fiction feature in more than thirty years to be filmed inside North Korea and co-produced by Western filmmakers.

Make your plans today, study the schedule of events, order your tickets early - and go!