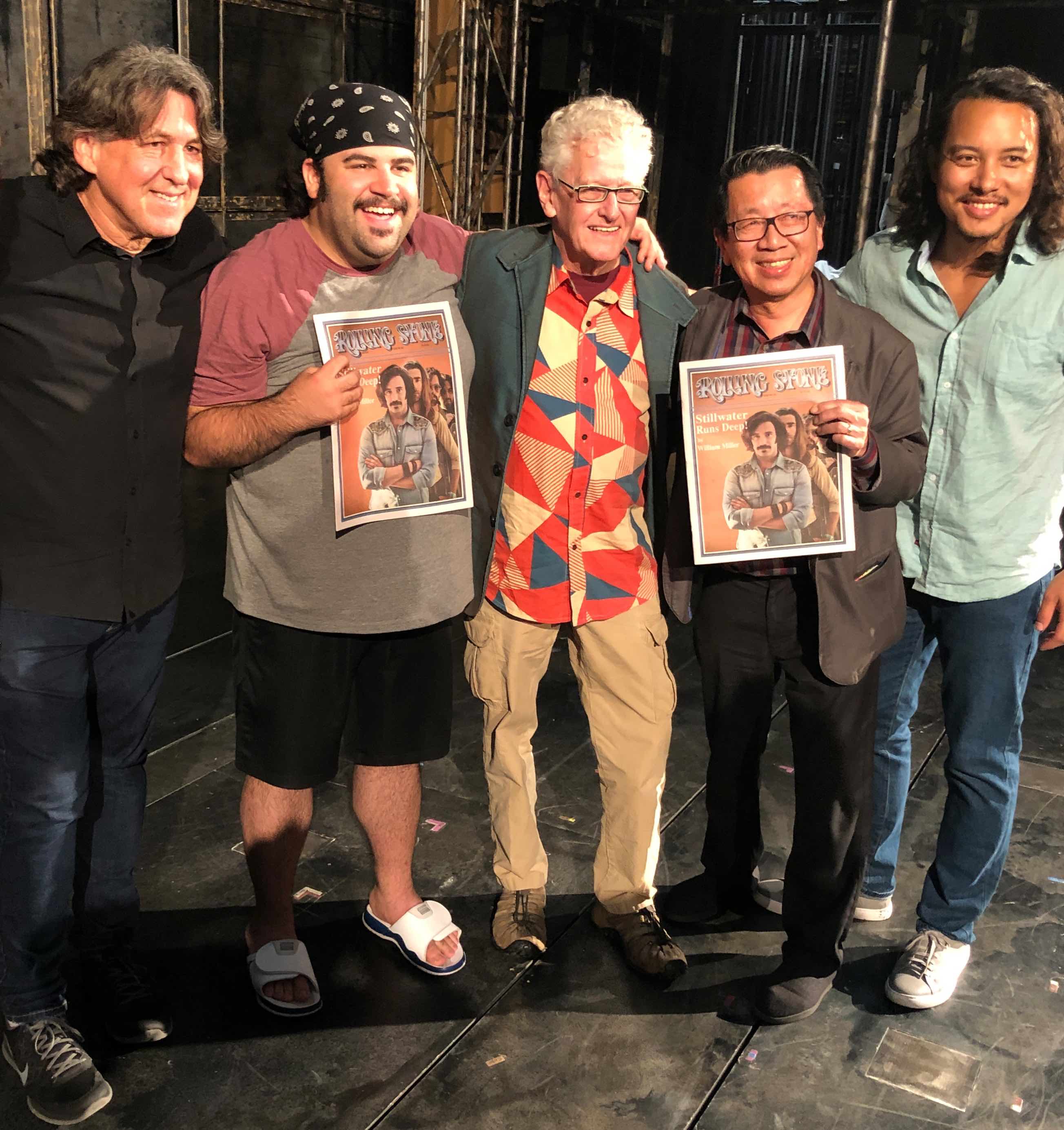 I moved on, accepting a consulting gig with the Music City Hit Factory, a hub for musicians and fans, encompassing, in one building, a hostel, a music school, a suite of rehearsal spaces and recording studios, performance spaces and cafes, and, throughout, exhibits celebrating the history of San Francisco Bay Area artists and events. I’m director of content. And it’s paying me twice as much as the Chronicle, without the unending deadlines.

Music City is a perfect partner with my other part-time gig, programming and DJing for Moonalice Radio, an online station with crazily eclectic music hosted by members of that jam band, led by Roger McNamee, who many people now know as the prescient and persistent critic of Facebook, in his book, Zucked!, and elsewhere.

It’s been fun juggling Music City and Moonalice. But I couldn’t help thinking about the Chronicle— especially since, wherever I seemed to go, people were asking about Radio Waves. And because, week after week, I’d have experiences, or hear stories that could have made for some good items. Here are a few:

I got onto Pandora. No, I didn’t just tune in to one of our favorite music services; I have my own channel, called “Stories with Ben Fong-Torres.” It’s just a playlist, dotted with sound bites from celebs I’ve interviewed over the years. But it’s cool to be on there, with millions of potential listeners.

The CHSA (Chinese Historical Society of America) staged a gala fundraiser and featured a preview of Like a Rolling Stone, Suzanne Joe Kai’s documentary about me. It’s due out this year. The CHSA also engaged my little ensemble — pianist George Yamasaki and guitarist Kurt Huget — to do a few numbers. “Get Together,” the so-called hippie anthem, became a singalong – in a Hyatt Regency ballroom, the singers having forked over several hundreds of dollars each for the cause.

In mid-April, I led a tour of the Haight-Ashbury, and was reminded that it isn’t only Boomers who are interested in what happened here a half-century ago. A couple of young visitors from China didn’t understand a word I said (even when I tried a few words in Mandarin). But at least they didn’t ask about what happened to Radio Waves.

I joined Music City. That may not be an item, but its founder sure is. He’s Rudy Colombini, and beside being a property owner, including the building that will become the Hit Factory, he’s the front man, the Mick of the Unauthorized Rolling Stones. Get off of his cloud!

The Doolan-Larson house, a Haight Ashbury landmark—in fact, it’s located at that intersection—was unveiled to media. It’s an expansive Victorian house that is being converted into a museum chronicling the ‘60s in the city. Guests included Peggy Caserta, former girlfriend of Janis Joplin and owner of one of the first boutiques in the neighborhood. I served as MC.

Late May, a preview screening of Rocketman included an appearance by its star, Taron Egerton. I could have done an item comparing Taron with the real Elton John, who I’d interviewed for a Rolling Stone cover story in 1975. But that might’ve been better in mid-September, when Elton performed at our new Chase Center, and I got to do a short, on-camera chat with him for Suzanne’s documentary. Yeah, THAT would’ve been an item.

In mid-June, we had our Summer Solstice Surrealistic Jam, a free, all-day concert in Golden gate Park. Once again, I co-MC’d, along with Rosalie Howarth, bringing on a parade of artists, young and old (OK, mostly old) doing flashback music. I enjoyed meeting Norman Greenbaum (“Spirit in the Sky”), who told me about aging rock stars doing cruises. Hey, how about aging rock journalists?

In July, Terry Chen, who portrayed me in Almost Famous, came to town. I told him that director Cameron Crowe was working on a theatrical musical version of that now iconic 2000 movie. Crazy. The musical opened in September at the Old Globe in San Diego, Cameron’s home town. It was a smash, and it’s got to be just a matter of time before it gets to Broadway.

In August, I participated in an Elvis tribute show at the intriguingly named bar, The Make-Out Room. I think I did ‘Can’t Help Falling in Love’ and ‘Little Sister.’ It’s all a blur. Hey, at 75, I no longer need light shows. I just enjoy my floaters.

By now, a new fistful of rock docs have appeared, including David Crosby, Laurel Canyon, and Linda Ronstadt. Linda’s the pick of the pack (It’s called The Sound of My Voice), and I did an onstage interview with the directors, Rob Epstein and Jeffrey Friedman. 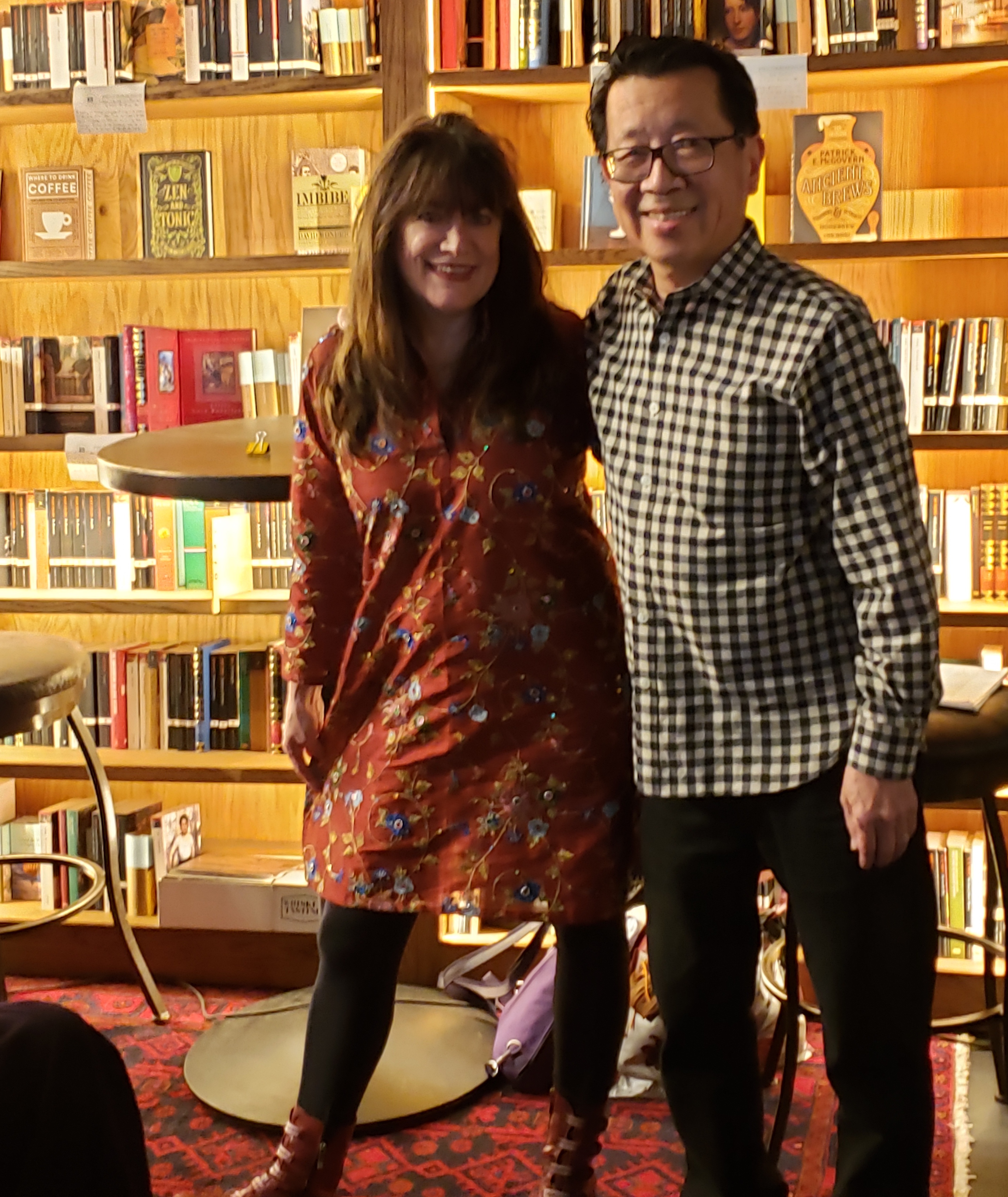 October brought Holly George-Warren into town. She’s the author of Janis, the definitive biography of Janis Joplin. She was also my assistant, a mere 30 years ago, on my book about Gram Parsons, Hickory Wind. So, of course, I introduced her at her event at the Bindery on Haight Street, despite the fact, as I noted, that “I got one lousy mention” in her book.

Over the years, I’ve become the default MC for San Francisco State’s dinner honoring the Alumni Hall of Fame. In November, a new president, Dr. Lynn Mahoney, oversaw the soirée.  Dianne and I had dinner with her a few weeks before, and, small world, her husband, Charles Ponce DeLeon, and I had met before—over the phone, when he asked for an interview for a study he was doing — about Rolling Stone. There was no shortage of dinner table conversation.

And this would not be thought of as an item, but in December, my mother died. She was 98; her passing was expected (and, she told me several times, to be welcomed).  But still. In recent years, I’d come to accept two things: I was the last surviving child of five, having lost three siblings in just a five-year span. And Sarah and Shirley’s kids (Sarah and Dave Watkins’ Lea and Jason; Shirley and Richard Dong’s Tina) were blessings. They almost never failed to show up for family gatherings at Bellaken Garden, the facility in Oakland where my mother, Connie, spent about nine years; they visited as often as they could, and in the case of Jason, who works at Pixar, in Emeryville, my Mom often got a couple of visits a week.

So, no, I didn’t write an item, but did send an obituary to local papers, concluding with a wish that she often said goodbye with, and which I’d repeated while co-anchoring the Chinese New Year Parade telecasts on KTVU: “Everything lucky; everything good.”