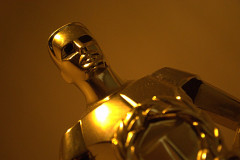 By Suzanne Kai The Academy of Motion Picture Arts and Sciences announced their 2022 invitations to distinguished artists and executives from across the globe. As part of their Academy Aperture 2025 plan to diversify, the Academy reports among the 397 invitees “44 percent are women, 37 percent are from underrepresented ethnic/racial communities, and 50 percent are from 53 different countries and territories outside the United States.” Prospective members are selected based on...

On February 2, civil rights icon Fred T. Korematsu will become the first Asian American featured in the Smithsonian’s National Portrait Gallery permanent exhibition, “The Struggle for Justice.” Two 1940s-era original photographs of Korematsu will be presented on February 2 at 9:30 a.m. at the Portrait Gallery, Eighth and G Streets, NW in Washington, D.C.,in a private event featuring speakers including the Honorable Norman Y. Mineta. The photographs will be available for public view when the museum opens at 11:30 a.m.

The event takes place just three days after the second annual Fred Korematsu Day, an official day of special significance passed in the state of California in 2010. Celebrated every January 30, on Korematsu’s birthday, Fred Korematsu Day is the first day in U.S. history named after an Asian American.

The National Portrait Gallery’s “The Struggle for Justice” exhibition opened in 2010 and features many images of individuals who have worked on behalf of civil rights, including Dr. Martin Luther King, Jr., Eunice Kennedy Shriver and César Chávez. The museum, which drew in one million visitors last year, is the first museum not specifically focused on the Japanese American experience to include Mr. Korematsu’s story. To date, the Japanese American National Museum in Los Angeles, the Japanese American Museum of San Jose, CA, the Manzanar Interpretive Center in Independence, CA, and the Heart Mountain Interpretive Learning Center in Powell, WY all feature Mr. Korematsu in their exhibits.

Kathryn and Fred Korematsu sit in a bench dedicated to JFK Jr. in a courtyard adjacent to the NYU Law School Auditorium in April, 2000. Photo by Lia Chang

“The Struggle for Justice” is a growing exhibition that will continue to evolve,” said Martin Sullivan, director of the National Portrait Gallery. “I am proud to include Fred Korematsu in this exhibition and to continue to tell his story alongside those who have worked on behalf of those who are striving for equality and inclusion.”

In 1942, Korematsu was a 23-year-old welder in Oakland, California who defied military orders to incarcerate 120,000 innocent Japanese Americans. After he was arrested and convicted of defying the order, he appealed his case to the U.S. Supreme Court, which in 1944 upheld his conviction on the grounds that the internment was justified due to military necessity. That decision has been widely condemned as one of the darkest chapters in American legal history.

After four decades of living with a disloyalty conviction on his record, Korematsu and a team of pro-bono attorneys re-opened his case, arguing that WWII government lawyers had hidden key documents contradicting their claim of military necessity from the Supreme Court. In 1983, a federal court in San Francisco overturned Korematsu’s conviction. Korematsu went on to champion the cause of civil liberties, not only seeking redress for Japanese Americans who were wrongfully incarcerated, but also traveling the country to advocate for the civil rights of other victims of repressive government action. After 9/11, he co-authored friend-of-the-court briefs on behalf of Muslim Americans being held without trial in U.S. military prisons. He passed away in 2005 at the age of 86.

The Korematsu Institute ships free teaching kits to classrooms around the country. The Institute can put reporters in touch with teachers in various cities who are planning to teach the Korematsu story to their students on January 30 or the surrounding days.

The Fred T. Korematsu Institute for Civil Rights and Education (www.korematsuinstitute.org), a program of the Asian Law Caucus, is dedicated to advancing pan-ethnic civil rights and human rights through education.