It’s been a while since I’ve written, but I’ve got excuses. For one thing, I was engrossed in The Voice, the singing competition on NBC, because I’m related to one of the singers who made the Elite 8. For another, I’ve been out in public, at the L.A. Times’ Festival of Books at USC, emceeing a sendoff for the president of San Francisco State University (a couple of my jokes even made the local press), and keynoting an Oakland Chinatown Chamber of Commerce dinner, on the eve of Asian Pacific American Heritage month. B.D. Wong, now being seen on the NBC series, Awake, was a late (and great) addition to the program.

I also cranked out an article for The Hollywood Reporter about Dick Clark, based on a sometimes contentious Rolling Stone interview I did with him in 1973, followed by a fun run, a couple years later, through Las Vegas. And I conducted some interviews for my Little Feat book, with Jimmy Buffett, John Sebastian and others. 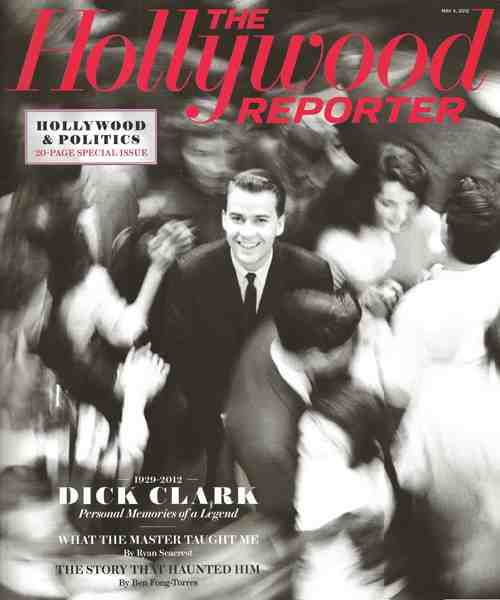 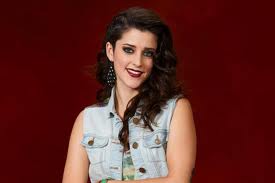 But forget all that. I had a family tie to The Voice?

Yep. Lindsey Pavao, the most indie of the final bunch of singers, is, if I got it right, a second cousin of my niece Tina’s husband, Matt Pavao. He told me this over brunch at the Foreign Cinema just as the show was whittling the original 48 contestants (a dozen each for celeb “coaches” Christina Aguilera, Adam Levine, Blake Shelton and Cee-Lo Green) to eight.

I’d been watching the show (I prefer it over American Idol), and had noted Lindsey’s name, but never thought there might be a family tie. And I liked her soft, unique voice (others sounded like Adele, or an opera singer, or a generic Rob Thomas or R. Kelly type).

But Lindsey, who was on Christina’s team, didn’t survive “America’s” vote, which determined the final four. She lost to the operatic guy, who lost to the R. Kelly guy, who probably just edged Juliet Simms, a knockout rocker whose fiery version of “Freebird” coulda, shoulda made her “The Voice.” Simms, I learned after Jermaine Paul had taken the crown, is from San Francisco—my town. So, although my second cousin-in-law didn’t win, I still can celebrate.

PS: Although I dug The Voice, the show really should consider finding a host with perhaps a thimble-full of personality. The coaches should be given strict limits on how long they can agonize over their decisions about which team member to cut. It should also ditch the language that Idol has already beaten to death, over-promoting the show as being “live,” when it isn’t, for most viewers, and beating us over the head with the idea that “America” is voting. It’s a bunch of fanatics, friends, and second cousins, OK?

As for the other things that have occupied my time: The Dick Clark piece can be found here.   http://www.hollywoodreporter.com/news/dick-clark-death-ben-fong-torres-rolling-stone-memory-315826

The headline, “You’re a Liberal and I’m a F---g Whore,” says it all. It’s about Clark being brutally candid about himself, and making no apologies for being more than a TV disc jockey. He was a brilliant entrepreneur who knew show business as what it is: a business.

What else? The Los Angeles Times’ books festival, staged at USC. It was fun, being on a panel about celebrity memoirs with two actual celebs. One was Sir Michael Lindsay-Hogg, director of pioneer music videos with the Beatles, the Stones, and many others. He learned, late in his 70 year-long life, that his biological father was Orson Welles. There’s a book, right there. The other panelist was Vicky Tiel, a fashion designer who was hot, in more ways than one, in the Sixties, and had designs on numerous well-known men. From what she said on the panel, her book is a tell-all, about men (Paul Newman, Warren Beatty, and maybe Mick Jagger) and a show-all, about miniskirts, about not wearing panties when she was a cheerleader, the better to distract opposing teams’ players, and about see-through blouses. I told her, “I guess that explains the Beatles’ song, ‘I’m Looking Through You.’”

The festival was a Bookstock; probably 150,000 visitors over the course of the weekend, with events all over the campus. It was gratifying to see so many people – and not one Kindle.

Equally fun was my MC stint at the luncheon honoring Dr. Robert Corrigan, president of SF State for 24 years, and his wife Joyce, on the eve of his retirement. This was at the St. Francis Yacht Club in San Francisco.

Since I was inducted into the university’s Alumni Hall of Fame in 2003, I’ve attended the induction ceremonies, classy productions largely orchestrated by Joyce Corrigan. In recent years, I’ve been called on to MC the events. Now, with the Corrigans about to take their leave, I agreed to host the luncheon. The honorary chairs included Lt. Gov. Gavin Newsom, Mayor Ed Lee, and former Mayor Willie Brown. The latter is not a shy man – especially about his own stature, accomplishments, adventures and wit – and writes about them in his Sunday column in the San Francisco Chronicle. Anyway, Newsom and Lee showed up; Brown was missing. Thus, my joke, which columnist Leah Garchik repeated in the Chronicle, like this:

Emcee Ben Fong-Torres, a member of the class of 1966, remarked upon the absence of Willie Brown (class of 1955), who was, with Lee and Newsom, an honorary chairman of the event. Brown, said Fong-Torres, "is at the computer shop getting his keyboard fixed. The letter 'I' is all worn out."

George Marcus (class of 1965) announced a gift of $1 million to create a Robert A. Corrigan Chair in American Studies. Fong-Torres said he and his wife, Dianne, would donate $100 for its cushion.

It is, no doubt, a fun life. But it’s also one loaded with challenges. And so it is that I dedicate this report to another person who was, and is, uppermost in my mind: my younger brother Burton. He is ailing, but he has the undying support of all the Fong-Torreses, the Watkins, the Berlinskys, and, yes, the Pavaos.

AsianConnections columnist Ben Fong-Torres is a true Renaissance man. The former Rolling Stone writer and editor is also a multiple Emmy Award-winning broadcaster. In addition to his blog, Like A Rolling Stone for AsianConnections, Ben writes a column Radio Waves in the San Francisco Chronicle, and is the author of many books, including two new ones: the expanded and updated edition of his 1994 best-seller The Rice Room: Growing Up Chinese American from Number Two Son to Rock 'n' Roll published by University of California Berkeley Press, and Eagles: Taking It to the Limit, an insider's look at arguably the greatest American rock 'n' roll band on the occasion of their 40th anniversary published by Running Press.

Ben Fong-Torres' The Rice Room: Growing Up Chinese American from Number Two Son to Rock 'n' Roll, the instant best-seller when originally published in 1992 has been re-released with and expanded and updated edition.

Click hereto an interview with Ben with KCBS San Francisco about his book "Eagles Taking It To the Limit."

Footnote May 12, 2012: More of Ben's previous columns will be posted in an online archive soon as AsianConnections.com completes work on its new website system.