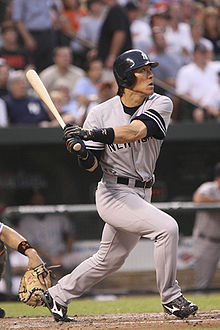 on Thursday in Manhattan. Known as "Godzilla" to baseball fans in Japan and U.S., the 6 foot 2 inch, 210 lb. athlete has had an illustrious career in both countries.