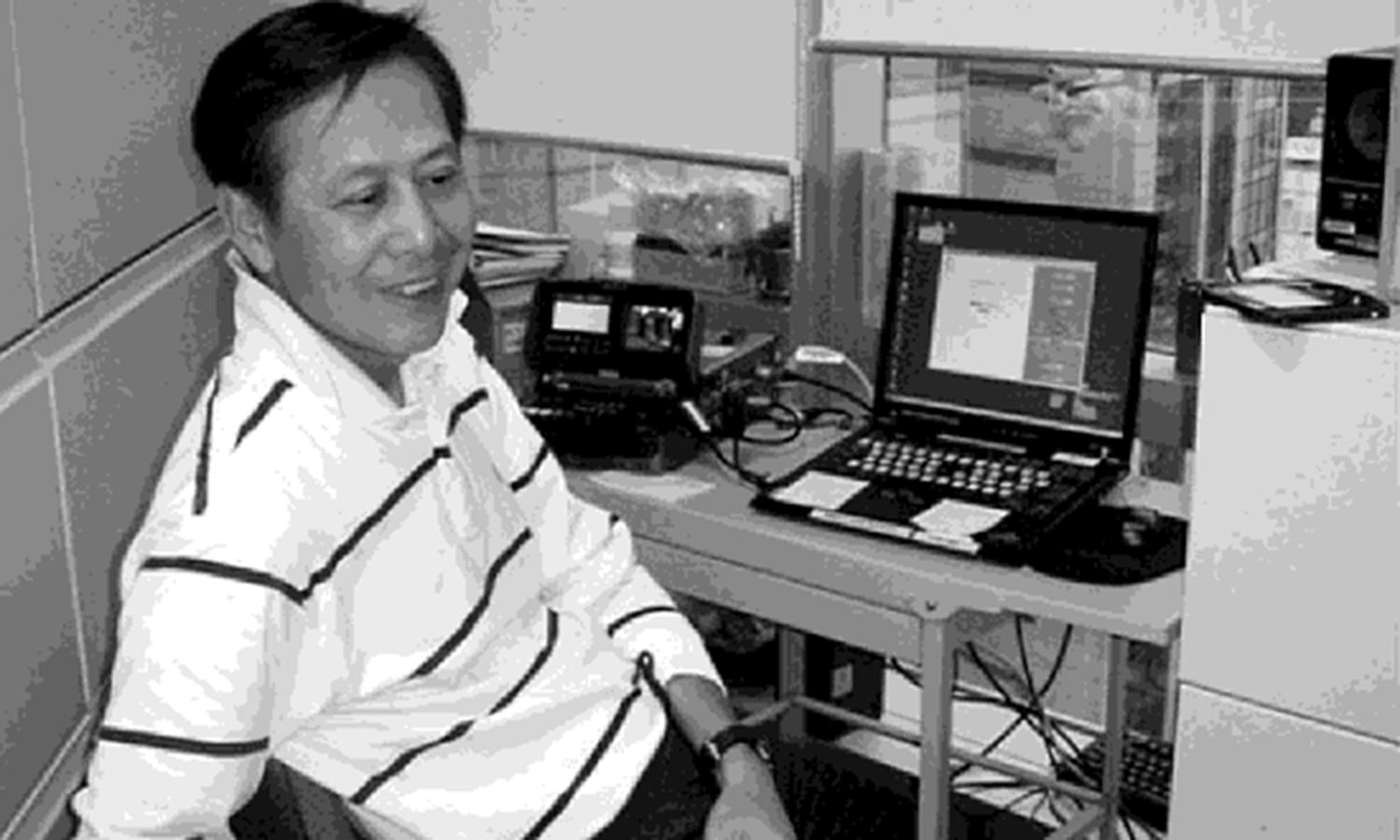 
Eddy Li globe-trotted the world for ABC News in a high-stress non-stop news video editing job from 1971 to 2009.

When a sudden diagnosis of cancer changed his life, Li wrote his personal account on how he entered into the darkest tunnel of his life and emerged, a more vigilant and environmentally aware individual.

Today, as a cancer survivor and a retiree who now enjoys a healthier and more fulfilling life, Eddy shares what he has learned about our world's increasingly hazardous environment and how you can protect yourself from its toxicity.

AsianConnections' Suzanne Joe Kai chatted with Eddy about his new book, "From A Great Escape to a New Beginning - My Journey Through Cancer."

Suzanne: Congratulations on beating your Stage 3 cancer. When you were a news video editor with a busy globe-trotting life for years, can you share with our readers what your life was like, and how and why you have changed your lifestyle?

Eddy: In the eyes of an average audience, network news looks glamorous. It was indeed, at least during my days. But behind the scenes of its glamor, there went a stress-filled working environment. That is compounded by the time difference between Asia and the Americas. I joined ABC News in October 1971. I retired in October 2009.

For me, it had been a physically challenging career. Sleep deprivation was part of my life. And it lasted for 38 years. It wasn’t easy. When the phone rang in the middle of the night, I was almost certain that I had to get out of bed and pack up, catch the next available flight and hit the road, and travel like a circus. You need a strong marriage to keep the job. Even when I was on vacation, in the back of mind, there’s always something which might happen to screw it all up.

There wasn’t really a personal life. Despite all these, I had decent income and compensations. I had job satisfaction. I belonged to a team composed of a very few members who decided what the audience should see. We were the inner core few who knew exactly what happened.

Some information we could tell while some we couldn’t. Some pictures were great while some were too gruesome. I was privileged to go to places where people wouldn’t and couldn’t go. My life experience was deeply enriched through the lenses of the camera.

Then came one day, a sudden cancer diagnosis radically changed my lifestyle overnight. My journey through cancer indeed served as a new awakening; that I had been living dangerously on the edge; that I had maintained an unhealthy diet; that we are living in a harmful environment we single-handedly created. Worst, the situation is not to going to be reversed any time soon.

Suzanne: What inspired you to write your book about your fight to beat cancer?

Eddy: I wish my cancer experience can help people prevent the unthinkable, and help bring about an awareness of a changing environment which affects our well beings seriously. I wish our future generation will benefit from our efforts to reduce cancer risks.

Cancer has become an iconic sign of modern times. Every day, there are people dying of cancer by the minute in the US alone. Unfortunately, we are losing the cancer war. It is time to address the issue from the bottom up. We need to educate our children how to live a healthy live, how to behave to prevent cancer. The world needs a concerted effort to reduce cancer risks, to ease cancer burden in poor countries. 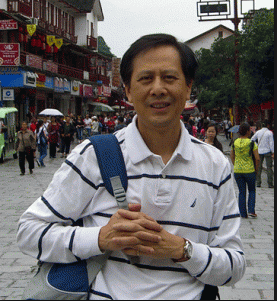 Eddy Li  Photo courtesy: Eddy LiSomehow I figured I could pull it off. I did. But I wanted to find out what got me into serious trouble so that it won’t happen to me again, and to my loved ones and friends. I started to put down in writings the events since my cancer diagnosis.

I wanted to share my emotions and scare to people who never had such kind of life threatening experience. And I started to research on a disease that no one wants to know about.

Actually, the more we know about cancer, the better chance we can keep it at bay. From the beginning, I had no clue if I could make it as a book. I only kept going and made it. Now I know how and why I had cancer.

As a retiree, I am living a healthier and more fulfilled life. My cancer experience in a way enabled me to differentiate what is good and what is bad for health.

Now, I start my day with two glasses of water, followed by a glass of fresh juice. I am aware of what I eat. I am aware of the toxic chemicals that exist in the foods we consume. Though at times I am naughty in eating unhealthy foods, I try to keep a balance. I constantly detoxify my body.

I am back to a normal life, a new normal. It is good, as I am seeing the dangers that a lot of people don’t see. I keep reminding people the importance of keeping a healthy lifestyle. Most of the time, my words fell on deaf ears. Why change?

Suzanne: You mentioned that your doctors estimated that your cancer grew quickly, possibly within a short period of just six months and that you didn't realize you had a lump on your neck until someone discovered it. Can you share your thoughts on this experience, and how you can help others in similar situations to get through this period of discovery?

Eddy: Yes, I was stunned to hear the three little words “You have cancer”. Upon hearing that it only took six months to develop into a stage three cancer seemingly meant a death sentence was in the making and the verdict was delivered by a short notice. I had a detailed medical check-up before it got all started.

It showed we could be caught red-handed easily, as if there’s nothing you can do nothing about it. Still, given my lifestyle and unbalanced diet, lack of physical exercise, let alone living in an ever-increasing hazardous environment, the time bomb has been ticking. Looking back, a cancerous environment has been in the build-up in my body, as I have described in the later part of my book. Cancer could have happened to me much sooner. I was indeed very lucky.

The discovery of my cancer was circumstantial. The timing of it was like a movie script. Yes, I was led into a dark tunnel. Call it destiny. My first name in Chinese meant longevity, as I was told by my late father.

But at the moment when the news of a cancer diagnosis struck my ears, there was only panic, denial, anger and distress. I felt like a fallen eagle, stripped of its wings. In the end, I hunkered down to accept the unacceptable. I had to deal with it head on. There was 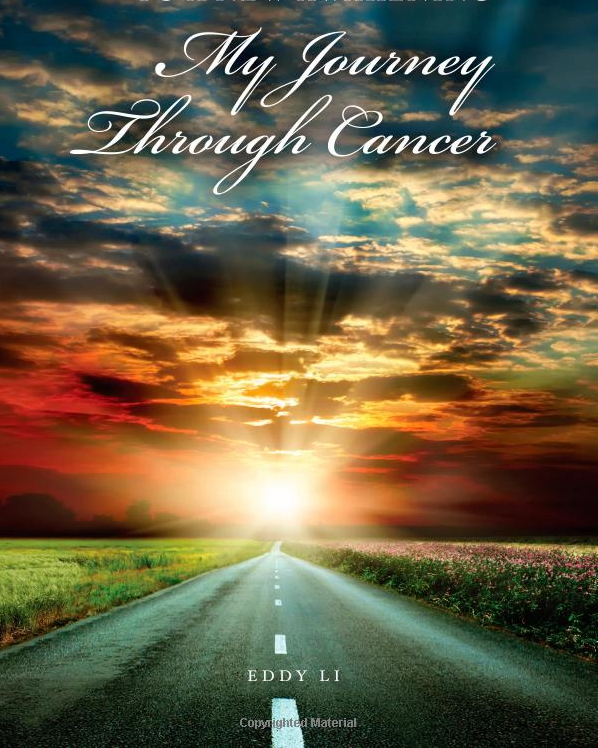 simply no other choice if I were to survive. It took a lot of determination, patience and learning. I needed the unequivocal support from my wife, close relatives, friends and colleagues. But whatever the prognosis will be, remain calm. Never say die. It is tough but try. The roller-coaster type of emotions is understandable.

You may have the best doctors treating you. You may have access to the best medical facilities. But there’s much more you can do to bring about a cure. Do not expect to pay the bill, exit through the hospital door and go home to wait for a promising result. You need to learn how to rejuvenate your lost strength. You need a long term planning to overcome the adversities and live a normal life again. T

here are many things being involved, from medical insurance to your job, from family issues to diet and lifestyle change for example. Fighting cancer is an enduring battle, probably a lifelong battle. That is why I always emphasis the importance of prevention.

I have seen lots of cancer patients who simply gave up. They thought they were fighting a losing battle. They thought cancer is something that cannot be cured. It’s wrong attitude. Though it is said there’s no magic bullet to cure cancer, I have personally seen miracles. Modern day technology can handle cancer with an amazing successful rate.

Making decisions is an important step to begin with. Think out carefully before making a decision, decision like choosing a way of treatment, a main stream method or an alternative treatment, or both? A sensible and well-thought decision increases the chances of a recovery.

Eddy Li's book "From a Great Escape to a new beginning - My Journey Though Cancer" can be found in bookstores and online including: