Mario was a pioneer who blazed a trail for all of us. A pioneer with heart, he went out of his way to encourage us to follow our dreams.

"His father's Portuguese name and his Chinese mother's heritage steeled him for the travails of the mass media system that often prejudged him as a Mexican and ignored him as a Chinese American. His undeniable talent for communications made him one of the first and few ethnic minority national network sports analysts when he joined CBS Sports in 1968 as a color commentator."

Mario began his career as an on-air news... 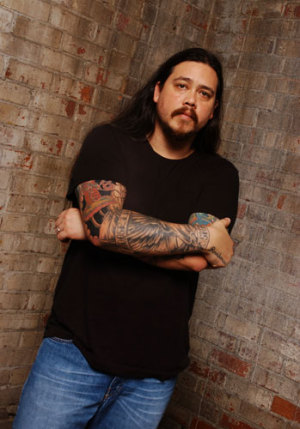 Cheng recorded five albums with the Deftones, debuting in 1995 with Adrenaline to 2006's Saturday Night Wrist. In 2000, Cheng released a collection of his poetry in a spoken word album titled The Bamboo Parachute.

Click here from the home page to the full story and Tribute Interview with Chi Cheng (1970 - 2013)
Credit: ArtisanNewsService on YouTube.com

His sister Mae reportedly sustained minor injuries and was wearing a seat belt in the 2008 accident. Chi's injuries were much more serious. He was in the passenger seat without a...