The recipient of numerous awards, in 1996, Chang won the Peabody Award for a series of reports he filed on accused drug-dealing murderers. In 2004, he won a New York Press Club award for his reports on a shooting at City Hall. He received an Edward R. Murrow Award in 2005 for a piece exposing police officers using a helicopter and high tech infra-red equipment to spy on private citizens. Chang is especially proud of discovering the four witnesses to the 1963 murder of Medgar Evers, which led to the reopening of that...

When his Letter to the Editor was edited before it was printed in the newspaper, longtime Riverside resident Jim Glenn decided to set things straight.

Riverside resident Jim Glenn wrote a letter supporting the community fight to save the historic Riverside Chinatown site and sent it to the editor of the Press-Enterprise Newspaper, the local newspaper in Riverside, California.

His letter was edited before it was printed in the newspaper and he's angry and wants to set things straight.

Here are his personal comments to Judy Lee, one of the organizers of the Riverside SaveOurChinatown.org which are reprinted here with permission:

J. Glenn Comments on his Letter to the Editor, Sat. 2/28/09 Press Enterprise

Thanks for the e-mail! You already know how I feel about what's happening
with the Chinatown project. The developer was plainly, and blatantly out of
line, so I couldn't keep my mouth shut after reading the articles about what
happened culminating in Scott's article. I really don't think our city
leaders really care about preserving the Chinatown location.

I'm very angry with the Press-Enterprise. They changed some of the words in
the letter I originally sent to them. In the original I referred to George
Wong as "Mr. Wong" to show him the proper respect. The newspaper changed it
to "Wong". Since my name is attached to the letter that was...

CHINA DOLLS by Michelle Yu and Blossom Kan, is a new novel about three Asian-American women balancing life, love and one another in New York City.

Michelle Yu and Blossom Kan's novel CHINA DOLLS is a sexy and sassy twist on what it means to be multicultural in the U.S. It explores life at the intersection of two worlds - one of Asian grandmothers and red envelopes, and another of tackling career and personal challenges in a big city.

Based on the personal experiences of Michelle and Blossom, CHINA DOLLS (St. Martins Press/Pub Date: February 8, 2007) introduces the characters of M.J., a tomboyish sportswriter struggling to fit into her familys traditional Chinese culture and the predominantly Caucasian male world of sports; Alex, a confident no-nonsense attorney fighting the submissive Asian woman stereotype and the fear of taking risks after a heartbreaking romance; and Lin, the risk-taking investment banker trying not to relive her mother's mistakes that is until she falls for the office playboy.

While the characters of M.J., Alex, and Lin wont ever forget their Asian roots, they also dont hide behind them as an excuse for their failures. If anything, they draw strength from their heritage while at the same time, embracing their American identity. Unlike other Asian novels, CHINA DOLLS embraces the fusion of these two cultures a phenomenon that more often than not reflects the experiences of young Asians in America today.

MICHELLE YU is an on air sports reporter for NY1...

Are You Truly Free? by Marilyn Tam 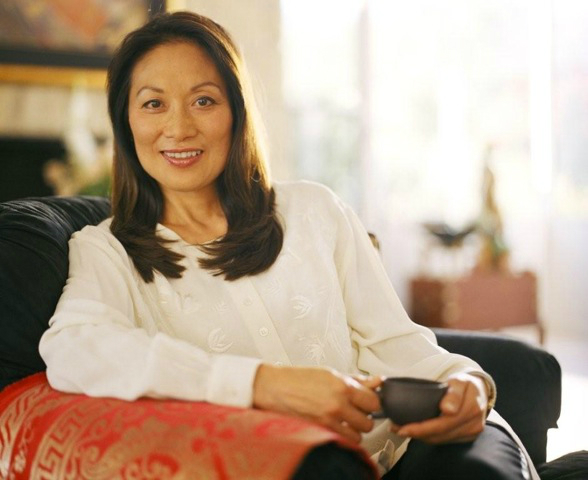 Are You Truly Free?

“In the truest sense, freedom cannot be bestowed; it must be achieved.” ~Franklin D. Roosevelt

We are fortunate that we in the USA can enjoy basic freedom as a given. The things that bind us are more internal – the mental restrictions and “shoulds” that shape our thinking and our decisions subconsciously.

These subconscious constraints confine us to a fixed set of expectations and view of the world.

It locks us from truly being able to soar to our highest potential, inner peace and happiness. How can we break free? This is a three-step process. First by recognizing that we are prisoners of our beliefs.

Whatever we believe about ourselves and the world is what we are going to experience. If you are holding negative thoughts like, “I’m not good enough” or “Bad things happen to me”, then that is what you are going to create in at least some aspects of your life.

No one consciously choose to hold limiting beliefs, and yet we all do to some extent. Our childhood conditioning, whether from family, school, other influential figures in our lives, or the mass media, often contain some negative programming. People’s intentions may have been good, but fear and limitation are commonly used to keep young, rambunctious and questioning children, and indeed all people, in...

(Irvine, CA) October 24, 2005 The Public Relations Society of America has selected the Orange County chapter of the Public Relations Society of America (OC/PRSA) as a recipient of the second Annual Chapter Diversity Awards. Chapter Diversity Awards are given to PRSA chapters that embody and demonstrate key values in diversity as outlined in PRSAs National Diversity Committees mission. Also recognized were the National Capital Chapter, the Greater Cleveland Chapter and the St. Louis Chapter.

OC/PRSA formed its Diversity Committee in July 2004 in an effort to diversify OC/PRSAs membership and to encourage greater diversity within the PR profession.

Last February, the 25-member Diversity Committee organized an inaugural diversity conference, the first major program in Southern California that focused entirely on diversity issues in the practice of public relations. "Diversity in PR: New Challenges, New Opportunities" was considered an overwhelming success, with workshops and speakers encouraging PRSA members and nonmembers to embrace diversity as a priority as well as a smart business strategy.