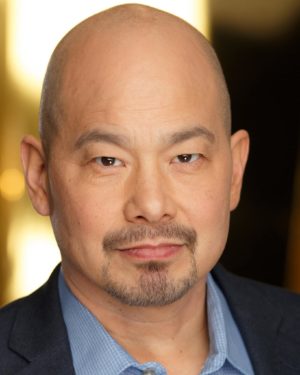 At a recent screening of the box office hit Crazy Rich Asians, sponsored by the Los Angeles Chapter of the Asian American Journalists Association, I sat next to actor Tim Lounibos. It was truly a landmark film - actors who look like us! After 25 years of a drought of Hollywood films featuring Asian Americans - could this be a moment of change? If $100+million dollar box office clout proves that Asian faces can sell movie tickets, let's hope this continues.

We asked Tim for his commentary on this moment in time. - Suzanne Joe Kai

The past several weeks have been absolutely amazing for the Asian American entertainment industry. Crazy Rich Asians blew past $100 million at the box office in less than three weeks, becoming the most successful rom-com in almost a decade on its way to surely cracking the top ten all-time list for that genre.

To All the Boys I’ve Loved Before is a huge success on Netflix to the point where it has actually raised the popularity of the Japanese yogurt drink Yakult and the stock value of the company who produces it.

Searching had the second highest per-screen box office average in its opening week, trailing only CRA, and more than doubled its distributor’s box office expectations.

Just a few years ago Terence Yin was a UC Berkeley student aspiring to become a medical consultant. Terence is now a Hong Kong movie star and a singer with 19 films, two TV dramas and a supporting role in Lara Croft Tomb Raider: The Cradle of Life.

Steve talked with both Terence and Simon in exclusive interviews.

Click here to Steve's chat with Simon Yam
and read right here for his conversation with Terence.

Steve: Terence, you come from an acting background. Can you tell us about it, and how it has influenced you?

Terence: Both my parents were actors. My mom was a famous actress in Hong Kong. My father was a famous director and actor. The fact that they were in the business never really influenced my childhood that much, basically I grew up in LA.

But, I guess in the end, it influenced me quite a bit. Because when I went back to Hong Kong to work over the summer, I met one of their friends, who is my manager now, Willie Chen. He is...

Berkeley vs Stanford, USC vs UCLA, ahhh those rivalries!
This time Harvard gets Punk'd on its own home turf at its big game against Yale and AsianConnections' very own Mike Kai and classmate Dave Aulicino lead the merry pranksters.

Berkeley vs Stanford, USC vs UCLA, Arizona State vs University of Arizona - ahhh those rivalries!

This time Harvard gets Punk'd on its own home turf at its big game against Yale and AsianConnections' very own Mike Kai and classmate Dave Aulicino lead the pranksters to victory.

And if you haven't heard yet about the prank which has been covered in the news media around the world, including MSNBC''s Countdown, the Jimmy Kimmel TV Show, and Asian and European press, here are a few links:

Check out www.HarvardSucks.org for the video, the song, and the message board.

(Irvine, CA) October 24, 2005 The Public Relations Society of America has selected the Orange County chapter of the Public Relations Society of America (OC/PRSA) as a recipient of the second Annual Chapter Diversity Awards. Chapter Diversity Awards are given to PRSA chapters that embody and demonstrate key values in diversity as outlined in PRSAs National Diversity Committees mission. Also recognized were the National Capital Chapter, the Greater Cleveland Chapter and the St. Louis Chapter.

OC/PRSA formed its Diversity Committee in July 2004 in an effort to diversify OC/PRSAs membership and to encourage greater diversity within the PR profession.

Last February, the 25-member Diversity Committee organized an inaugural diversity conference, the first major program in Southern California that focused entirely on diversity issues in the practice of public relations. "Diversity in PR: New Challenges, New Opportunities" was considered an overwhelming success, with workshops and speakers encouraging PRSA members and nonmembers to embrace diversity as a priority as well as a smart business strategy.

A Rush to Rebuild Leads to Wasted Effort

Among aid workers in the south Indian state of Tamil Nadu, the rush to build shelters after the December 2004 tsunami came to be known as the Pongal hurry.

NAGAPATTINAM, India Among aid workers in the south Indian state of Tamil Nadu, the rush to build shelters after the December 2004 tsunami came to be known as the Pongal hurry.

At the time, the flurry of construction seemed like the right thing to do. People desperately needed shelter, and, with donations pouring in, money was not an issue. The Tamil Nadu government set a goal of moving the homeless into temporary housing by Pongal, a mid-January harvest festival. Eager aid agencies sprang into action.

But in the rush to build, some key considerations got overlooked. Shelters built in low-lying areas ended up flooding during the rainy season. Tarpaper roofs turned the windowless barracks into ovens. Aid agencies returned later and built thatched roofs over the shelters; the difference in temperature was palpable.

Its a shame we are all living with, said Annie George, head of the council coordinating tsunami relief in Nagapattinam, the hardest hit district in Tamil Nadu. The haste in building temporary shelters cost us more. Every two months, were going back to raise the floor, fix the roof.

With so much suffering after major disasters, its human nature to want to deliver relief as quickly as possible. But haste can make waste. A post-tsunami rush to build boats for fishermen produced a...