Yonkers March 20, 2013 Cops arrested four teens for an attack in Yonkers that sent a News12 reporter to the hospital. CeFann Kim, 31, a former sergeant in the U.S. Army Reserve said he fought off the assailants, who ran away after bystanders pulled thier cars over to help.  Kim was attacked on Odell Avenue near the Greystone train station shortly before 9 a.m., authorities said. The teens hit him about 30 times before fleeing. Kim suffered a fractured nose and injuries to his...

Memories of Sweet Caroline, and of Oakland's Chinatown by Ben Fong-Torres

and of Oakland’s Chinatown 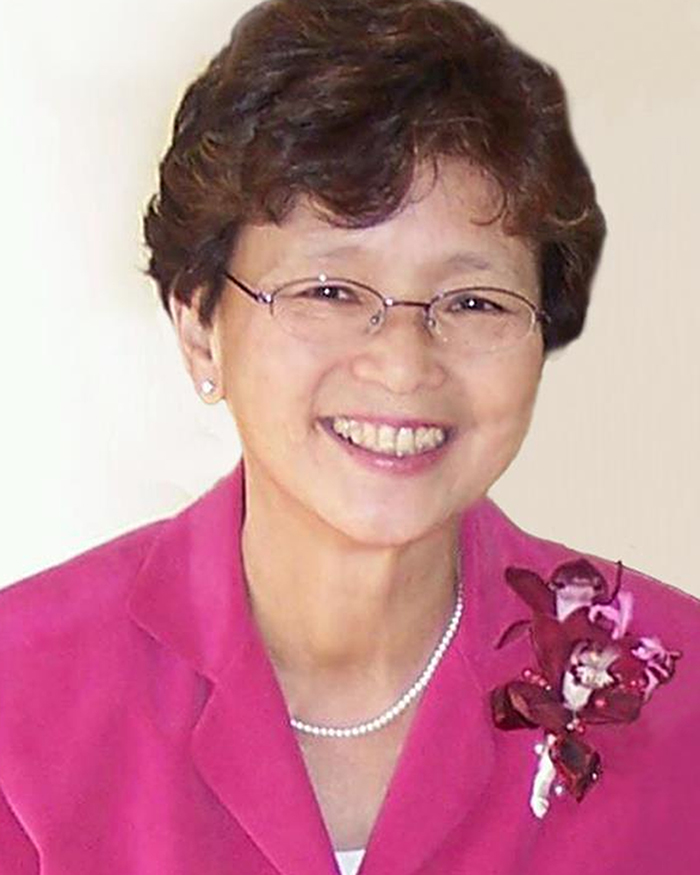 Caroline Chin was a neighbor and classmate of mine when we grew up in Chinatown, Oakland, in the ‘50s. We went to Lincoln Elementary, Westlake Jr High, and Chinese school together.

She went on to become a teacher, an administrator and, finally, principal at (full circle) Lincoln School, in the early 2000’s, just before retiring. Under her leadership, it became a California Distinguished School, and would go on to become a National Blue Ribbon School. At her various stops, she encouraged kids and teachers alike to "work hard; learn a lot."

A large, overflow crowd--maybe 750 or 800--learned a lot about Caroline Chin Yee, who passed away last month, at her services at the First Presbyterian Church in Berkeley.

Caroline had what appeared to have been a full and perfectly balanced life. She and her husband since 1968, Gary Yee, were devoted to their church – and to traveling the world. She even combined globetrotting with teaching, once in Zhongshan; another time, in Edinburgh, Scotland.  She had wonderful siblings, two children, grandkids and in-laws. One niece, Terri Lee, introduced herself as “the oldest of her nieces. So I’m guessing I was her favorite.”

She and others, family and friends, told of Caroline’s dedication to them, and to children in general, and to the wider community.

Caroline passed away on February 21; her memorial was on March 16. The family took time to plan a service, and a reception, that would chronicle her marvelous life, her achievements and the people she touched. Even with the passage of time, there was a palpable sense of shock from this loss.

I had seen Caroline here and there in recent years. Just last October, she attended an informal  Westlake Jr. High reunion in Oakland’s Chinatown and consented to say a few words to a filmmaker (AsianConnections founder Suzanne Joe Kai) for her documentary about me, even though we’d lost touch after going to different high schools. We saw each other at the Wa Sung Club, which honored her one recent year and me the next.

After the service, Gary Yee wrote and said Caroline talked about my beating her out for a student body office. That must have been at Westlake in 1958, when I was elected president. I know a classmate named Larita also ran, but I don’t recall Caroline having run. I remember her mainly as a sweet, smart girl who went far, while always remaining rooted in Oakland.

Russell Yee, her nephew (perhaps her favorite one), offered an evocative sketch of Oaktown’s Chinatown, at his uncle’s request. He came up not only with a vivid portrait of where and  how Caroline grew up, but also of what life was like in that neighborhood, from the early ‘50s into the ‘60s.

Here, with his permission, is his rendering of what was, back then, “a quite different place.”

In those days, a child age six or ten or twelve could roam the streets carefree, past house after house with unlocked front doors, knowing every neighbor, walking over to Swan's Market or Housewives’ Market or to one of the downtown movie theaters, or to endless hours at Lincoln Park or Harrison Railroad Park.

In those days, the school lunch bell meant running home for a hot meal and running back even faster to the school playground before lunchtime was over.

In those days, Chinatown always had plenty of street parking.

In those days, Chinatown only had a relatively small numbers of educated Chinese American professionals. At the local elementary school, some years only perhaps the kindergarten teacher would be ethnic Chinese (or "Oriental," as we were called then).

In those days, up til the year my Aunt was born, it was still technically against the state constitution to hire Chinese as state employees. Just the year before she was born the federal Chinese Exclusion Act was repealed.

It those days, most neighborhoods in Oakland outside of Chinatown were still largely closed to racial minorities. The year my Aunt turned 23 was the year Oakland elected its first Chinese American city councilman, Dr. Raymond Eng. She herself was part of the first generation of racial minority children to be widely encouraged to think about college.

In those days there was quite a bit of small manufacturing in Chinatown, such as the numerous sewing factories, and including the original Corn Nuts snack food factory, right there on 7th St. next door to the family house.

In those days you could not only buy a live fish in Chinatown and have it cleaned while you waited and on your dinner table within the hour; you could also buy a live chicken the same way.

As a child, my aunt had to be brought across the Bay on an all-day excursion on trains and buses for treatments for her severe childhood eczema. Now today, Chinatown has Asian Health Services, which is a national model for multilingual community-based health care.

Oakland's Chinatown has changed in many ways. But in other ways, the Chinatown my Aunt knew as a child is still there.

On 7th St. [#227] still stands the old Victorian house where she and her family lived from the time she was a newborn til when she went away for school and then marriage.

There in Chinatown is still the Baptist [1906] church where she served and worshipped and mentored other girls, along with the historic Presbyterian [1878], Methodist [1887], and Episcopal churches [1906-1974], all of them over a century old, along with older and newer Buddhist temples.

There in Chinatown the family associations still serve the community, and the sound of mah jong tiles still clacks from the upstairs windows.

There in Chinatown you can hear both Cantonese and its various dialects still spoken by young and old alike. There, kids still go to Chinese lessons at the Chinese Community Center as my Aunt did, where she learned enough Chinese to later write letters home to her mother.

Lincoln Elementary School is still there, now in its newer and newest buildings, the same school she went to as a child, and then returned to years later as its principal…

At Lincoln Elementary and throughout Chinatown are still kids just like my Aunt was more than a half-century ago: young American born children of Chinese immigrant parents, kids who have to translate the mail for their parents just as she did; kids who perhaps still have to run interference as she did when their parents take them out shopping and whisper to them to "Ask to make a little cheaper."

So it was that my Aunt came from what might seem like a quite small world--mid-century Oakland Chinatown--but it was actually a quite big world, a world she was proud to have come from and proud to return to, and which she made a better place as a child and as an adult.

Ben Fong-Torres
Photo Pat Johnson StudiosAsianConnections columnist Ben Fong-Torres is a true Renaissance man. The former Rolling Stone senior writer and editor is also a multiple Emmy Award-winning broadcaster. He writes the column Radio Waves in the San Francisco Chronicle, and is the author of many books, including two new ones: the expanded and updated edition of his best-seller The Rice Room: Growing Up Chinese American from Number Two Son to Rock 'n' Roll published by University of California Berkeley Press, and Eagles: Taking It to the Limit, an insider's look at one of the greatest American rock 'n' roll bands on the occasion of their 40th anniversary published by Running Press. He is currently completing a new book. Ben is the subject of a documentary currently in development.