Its been a tough week. First Kate Spade. Then this morning the news of Anthony Bourdain. 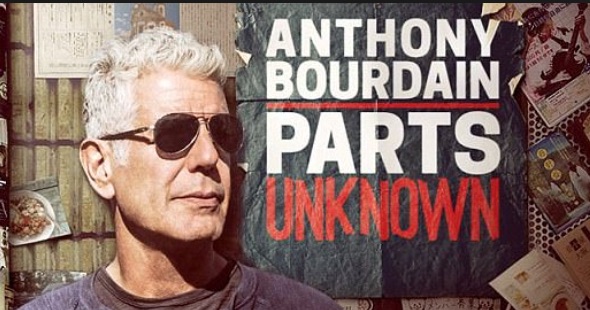 I never knew them personally, but they touched my life and so many of my friends. There was something about our Kate Spade handbags that made us smile, and we watched Anthony Bourdain travel the world sharing his adventures in culture and cuisine.

Of the many tributes and articles, here is one by writer/filmmaker Kevin Pang, who met Anthony Bourdain several times. (for links to work, click to the main article) Click here to his article "What Anthony Bourdain gave us, and what he left us."

Another notable article "Preventable Tragedies" written by The New Yorker writer Andrew Soloman discusses the factors that may be contributing to our naton's increased suicide rate.

Soloman writes in his article,"we feel both our own anguish and the world's. There is a dearth of emphathy, even of kindness, in the national conversation, and those deficits turn ordinary neurosis into actionable despair."

"The CDC published a survey showing suicide rates increased by 25% across the United States over nearly two decades ending in 2016. Twenty-five states experienced a rise in suicides by more than 30%, the government report finds.

Nearly 45,000 people committed suicide in 2016, making it one of three leading causes of death in the United States, along with Alzheimer's disease and drug overdoses."

We can all help prevent suicide. Be accessible to discuss this with people, listen and be aware. You might be the one to safe a life.

Andrew Soloman writes that a new Centers for Disease Control and Prevention report shows a vast increase in American suicides over the past decade, and asserts that fifty-four per cent of the suicides reviewed didn't have a previously known mental-health issue.

The Lifeline provides 24/7, free and confidential support for people in distress, prevention and crisis resources for you or your loved ones, and best practices for professionals. 1-800-273-8255