SAN FRANCISCO - The Fred T. Korematsu Institute for Civil Rights and Education, along with the members of the Asian American Center for Advancing Justice (Advancing Justice) - Asian Law Caucus, Asian American Justice Center, Asian American Institute and Asian Pacific American Legal Center - mourn the loss of civil rights leader Gordon Hirabayashi, who passed away on January 2, 2012 in Edmonton, Alberta, Canada at the age of 93. His former wife, Esther Hirabayashi, passed away in Edmonton just hours later on the same day. She was 87.
He is survived by his wife, Susan, his children, Marion, Sharon, and Jay, his brother, James, and his sister Esther (also known as Tosh Furugori). "He was a great father who taught me about the values of honesty, integrity and justice," says his son, Jay Hirabayashi. "He was rightly recognized as a hero, but he never saw himself that way. He saw himself as someone who did wh


at he had to do to stand up for the rights he believed in."
In 1942, Hirabayashi was a 24-year-old student at the University of Washington when President Franklin Roosevelt issued Executive Order 9066, ordering the incarceration of 120,000 innocent people of Japanese ancestry. Hirabayashi, an American citizen, turned himself into the FBI in order to intentionally defy a curfew law imposed on all west coast residents of Japanese ancestry. After he was arrested and convicted, Hirabayashi appealed his case to the U.S. Supreme Court. Similar... 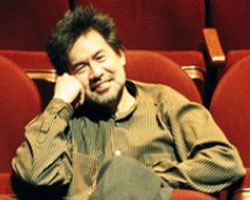 Tony Award-winning and two-time Pulitzer Prize finalist playwright David Henry Hwang (M. Butterfly) is back on Broadway with CHINGLISH, a hilarious and sexy new comedy currently playing at the Longacre Theatre (220 West 48th Street) in New York, recently named by TIME Magazine, Bloomberg Radio, NY1 and WNYC as one of the Top 10 Broadway shows of the year. The playwright, along with his cast and creative team will celebrate their 100th performance at 3pm in Chinatown at the Lin Sing Association, a prominent Chinese American community organization established in 1900, located at 47-49 Mott Street in New York. www.lin-sing.org.

CHINGLISH is also featuring special audience post-show talkbacks on January 4th and 5th. After these evening shows, the cast will come out to answer audience questions. The mostly bi-lingual and multi-cultural cast will also be answering questions in Mandarin and maybe give a lesson or two. After the post-show talkbacks, head to the front of the orchestra and you’ll have the opportunity to...

Five Secrets to a Happy, Healthy and Successful Life by Marilyn Tam 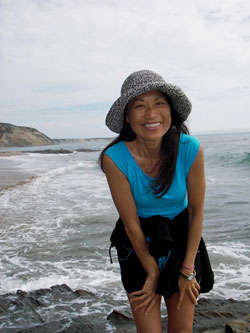 You make well-meaning resolutions to improve your life. But your resolutions fade under the stress of multiple demands on your time and attention. Oftentimes the resolutions are history before the month is done. How can we ensure that we actually benefit from the good intentions that we made with such conviction?

Many years ago I made an earnest resolution to work less and to spend more time on my personal life, family and health.

Being a type A personality, it was easier to say that than to follow through. By late in the same month, as I am running through another airport, I realized that I am already back to my old pattern of working seven days a week.

On the next plane ride I took the time to ask myself a few hard questions. From that experience I developed these Five Guidelines to have a Happier, Healthier and more Successful Life. Isn't that what we are ultimately after?

1. Make resolutions that you can manage. Specify your desired end result and make the goals measureable. For example, instead of saying that you want to lose weight, give yourself a specific time frame for a number of pounds or inches broken down into smaller pieces so that you have incremental targets to meet. Make the objectives a slight stretch but achievable. You are more likely to continue once you see positive progress towards your ultimate goal.

Limit the number of resolutions. Your mind can only deal with so many... 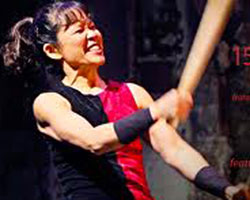 Hanayui from KODO: The top founders and artists from legendary group, KODO, come together to bring the best of Japanese taiko to the Minnesota stage. Long recognized as visionaries of the artform world-wide, Hanayui features three top female artists in traditional and fresh new performances of dance, drumming and song. Also featured is Yoshikazu Fujimoto, long-considered the best Odaiko performer in the world.

Tiffany Tamaribuchi: Grand Champion, 2002 All Japan Odaiko Contest. With her two signature strengths of power and form, Tamaribuchi was proclaimed by contest judges to have “a perfect hit.” She brings 22 years experience touring and training professionally with several top companies and folk artists throughout Japan.

Megan Chao Smith: One of a handful of Americans to perform taiko professionally in Japan, Megan Chao Smith was the first foreigner ever to dance in the sacred Hana Matsuri... 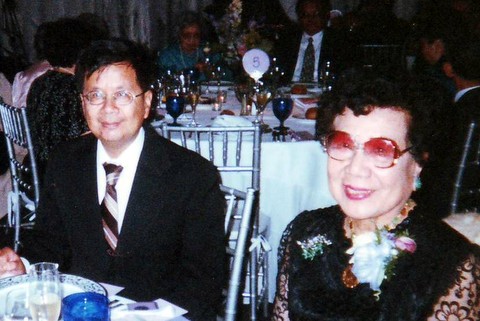 But he was vitally important in our family. As a close friend wrote, “Looking back, Burton was a blessing for your family. He was the one who kept your parents company.”...